Polio (poliomyelitis) is a viral infection that is spread person-to-person through the fecal-oral route. People who have polio shed the virus in their feces (poop). It is most commonly spread through unclean hands and contaminated food and water. Polio infects a person’s spinal cord and can cause permanent paralysis. If the lung muscles are paralyzed, polio can cause death.

Most people infected with polio (72%) will have no symptoms. For those that do have symptoms (e.g. fever, headache, stomach pain), most will feel like they have the flu, and symptoms will go away on their own after 2-5 days. A smaller group of people will develop more serious symptoms including paralysis.

It is important to understand that even people with NO symptoms can still infect others.

Polio is one of the few diseases that we can fully eradicate from the face of the earth because it is only transmitted from person to person. If we vaccinate everyone, polio has no one to infect, and it will cease to exist. That is fantastic news since, as recently as the 1950’s, polio was one of the most feared diseases in the U.S. Before vaccination, polio paralyzed more than 15,000 people every year!

Because vaccines have been so effective in preventing polio in the U.S., many parents and providers have never seen polio and think it is no longer a threat. But polio isn’t eradicated yet – the world is VERY close, but we need to continue to vaccinate all children until then, so polio does not come back. Polio is only a plane ride away until it is eradicated.

What are the risks from polio?

Rarely some people will develop more serious symptoms that affect the brain and spinal cord and include:

Between 2 – 10 out of 100 people who are paralyzed will die because polio affects the muscles that help them breathe. There are also long-term complications for polio survivors. Post-polio syndrome occurs in some fully recovered adults 15-40 years after infection. The symptoms of post-polio syndrome include muscle pain and weakness or paralysis.

How effective is the polio vaccine?

A fourth dose between ages 4-6 acts as a booster, allowing continued immunity.

How safe is the polio vaccine?

The IPV vaccine is very safe, and there are no known serious side effects. The most common mild side effect is soreness or redness where the vaccine was given. Rarely, someone can become dizzy or faint after receiving a vaccine or have some shoulder pain. As with any medication, there can be a rare allergic reaction, but it is so rare that it occurs in only 1 in 1 million doses.

When should my child get the polio vaccine?

Children in the United States should get 4 doses of inactivated polio vaccine (IPV) to protect against polio at:

Talk to your healthcare provider about what vaccines your family needs. If your child is older than 6 years and has not been vaccinated, they can still receive polio vaccine to be protected.

What can I expect at a polio vaccine appointment?

A little research before your child’s well baby visit can go a long way to reducing your stress and concerns. Credible information helps ensure healthy choices and builds vaccine confidence.

Get the Polio Fact Sheet

Where can I get more information?

These organization are vaccine experts and can provide credible information:

How do I know this information is credible?

We work for parents so we make sure that parent concerns are addressed using facts and science and our content is reviewed by experts who have spent their careers studying vaccines. Learn more about how we ensure we are bringing you the best information to help you make healthy choices for your family. 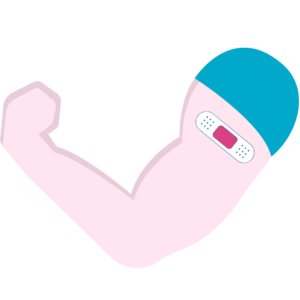 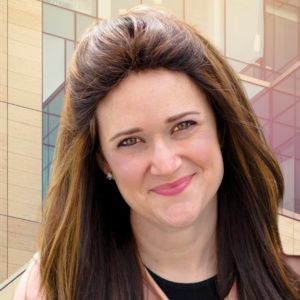 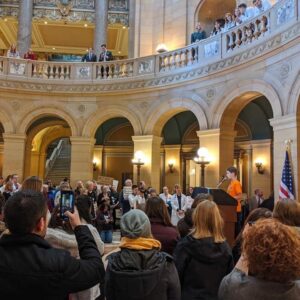 You Have the Power to Protect Me
Back To Top