Preventing disease requires on-time vaccination for your entire family, especially for children. With that in mind, childhood vaccine schedules are developed with great care to ensure that your children are protected from diseases when they are most vulnerable to infection and when their bodies are best able to build immune responses to the different vaccines.

The immunizations you and your family members need may vary based on several factors, including age, where you live, and where you travel. However, the vast majority of children are best protected by following the CDC-AAP-AAFP’s Recommended Childhood Immunization Schedule. Below you will find the vaccines your child is recommended to receive at his or her well-child visits, listed according to the age at which he or she would receive the first dose. 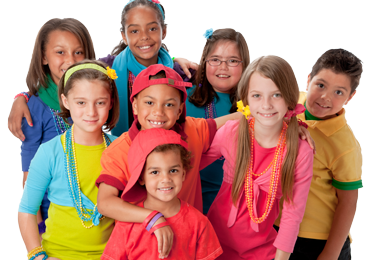 Jump to an age group:

Jump to a vaccine:

Reactions to the vaccine, if any, tend to be mild, such as soreness at the injection site or slight fever.

Note: Hepatitis B vaccine is given again at 2 and 6 months.

Rotaviral gastroenteritis is an illness marked by vomiting, diarrhea, and fever. Once ill, all children–particularly infants, can quickly become dehydrated. Rotavirus is spread from person to person, regardless of the hygienic condition of the environment. Before the vaccine was added to the childhood immunization schedule, up to 70,000 children were hospitalized annually in the U.S. due to rotavirus.

This vaccine, which is given by mouth, is notable for its extremely low incidence of side effects, which, if they occur, are very mild, and can include fever and diarrhea.

DTaP vaccine protects children from diphtheria, tetanus, and pertussis. Tetanus is contracted when Clostridium tetani enters the body through a cut or puncture wound, and can cause severe illness. Pertussis and diphtheria are both spread through respiratory secretions (coughing and sneezing).

All three diseases were significant causes of death before these vaccines were introduced. Pertussis, a particularly awful disease in babies, used to cause 8,000 deaths a year in the U.S., primarily in infants. While diphtheria and tetanus have been kept at bay thanks to widespread vaccination, pertussis outbreaks still occur in the U.S., and are on the rise. From 2000 through 2014, there were 277 pertussis deaths reported in the United States. Almost all of the deaths (241) were babies too young to be vaccinated.

Side effects of the vaccine may include fever, fussiness, and soreness at the injection site.

Haemophilus influenzae type b is a bacterial infection often spread through coughing or from contact with an infected person’s saliva. It can lead to severe infections of the brain, throat, and blood. Hib infection of the brain (meningitis) is an extremely serious illness that is fatal in 5% of patients and causes hearing impairment or neurologic damage in 15%–30%.

Hib vaccine can cause soreness at the injection site, but is not associated with serious side effects.

Pneumococcal conjugate vaccine can cause soreness at the injection site and low-grade fever, but is not associated with serious side effects.

Polio virus can spread to the nervous system and cause temporary or permanent paralysis. While the last case of polio was seen in the U.S. in 1979, it still occurs in other parts of the world and transmission has never been stopped  in Afghanistan and Pakistan. With the frequency of international travel, polio is only a plane ride away. The world is trying to eradicate polio for good, and vaccinating your child is a crucial way to help attain this goal.

Polio vaccine may cause soreness at the injection site, but is not associated with serious side effects.

Before MMR vaccine was licensed, measles was an illness that virtually all children contracted. Prior to the vaccine’s introduction, each year 3-4 million children were infected with measles and about 100,000 were hospitalized. In the ten years before the vaccine was licensed, an average of approximately 500 children died from measles each year in the U.S. While measles is no longer endemic in the U.S., outbreaks caused by unvaccinated people bringing the disease back from other countries continue to occur. In 2014, 667 measles cases were reported to CDC.

Mumps was a major cause of deafness in the U.S. before the vaccine was licensed in 1967. It can also lead to male infertility.

Rubella usually causes a mild rash illness; however, if a woman contracts rubella in the early stages of pregnancy, it can cause fetal death or severe birth defects. In the last congenital rubella epidemic (1964-1965) before the vaccine was introduced, the disease caused 2,100 neonatal deaths and birth defects in 20,000 newborn babies in the U.S.

MMR vaccine can cause a mild rash or fever. Rarely, children who develop a fever may have a febrile seizure, which does not lead to later seizure disorders. Although a now discredited British physician accused the MMR vaccine of causing autism, his study has been deemed fraudulent and extensive studies have fully absolved the vaccine. MMR vaccine is unrelated to any cause of autism.

Varicella (chickenpox) can be a serious disease, even for healthy children. In some people, varicella can lead to life-threatening bacterial infections of the skin, viral or bacterial pneumonia, or central nervous system complications, including brain infections. When contracted during pregnancy, varicella can lead to birth defects. Before the vaccine was available in the U.S.,approximately 11,000 people with varicella required hospitalization each year and about 100 people died due to complications from chickenpox.  Varicella virus can remain dormant and reappear later as herpes zoster (shingles), a painful disease that typically strikes older adults.

Side effects of the varicella vaccine are usually mild, and can include fever or a slight rash.

Hepatitis A infection, which can cause nausea, vomiting, abdominal pain, and yellowing of the skin and eyes, often comes from food handled or prepared by an infected person. The virus can be spread through contaminated food or water, or just by living with an infected person. The hepatitis A vaccine is often considered to be a travel vaccine; however, cases occur every year in the U.S. and are often associated with eating at a restaurant where a worker is infected and does not properly wash his or her hands before handling food. Illness from hepatitis A usually lasts less than 2 months, although 10%–15% of symptomatic persons have prolonged or relapsing disease for up to 6 months., and 15% of those sickened need to be hospitalized.

Hepatitis A vaccine can cause soreness at the injection site, and is not associated with serious side effects. A second dose is needed at least 6 months after the first dose.

The HPV vaccine can cause mild side effects such as fever and soreness or swelling at the injection site. Fainting can sometimes occur, mostly in teenagers. The vaccine is not associated with serious side effects. HPV vaccine is given in a two-dose series, which should be completed for best protection.

When the bacterium Neisseria meningitis infects the blood or brain (sepsis or meningitis), a person can die within 12 hours of showing symptoms. Adolescents and young adults living in college dormitories or in military housing are particularly at risk for contracting meningococcal meningitis, and 10-15% of people who contract it will die. The meningococcal conjugate vaccine protects against 4 of the 5 types of meningococcal bacteria (A, C, W, Y).

The most common side effect of MCV4 vaccine is soreness at the injection site. Fainting can sometimes occur, mostly in teenagers. Serious side effects are extremely rare. Teenagers need a follow-up booster of MCV4 at age 16.

The most common side effect is soreness at the injection site. Fainting can sometimes occur, mostly in teenagers. Serious side effects are extremely rare. Teenagers need a dose of meningococcal B vaccine at age 16, in either a 2- or 3-dose series.

Tdap vaccine is the adolescent and adult formulation of the DTaP vaccine that children receive in infancy, which protects against tetanus, diphtheria, and pertussis.

Influenza is a respiratory infection that can cause fever, headache, sore throat, muscle aches, and fatigue. Each year in the U.S., thousands of people die from influenza and its complications, including healthy children and adults. Everyone age 6 months and older is recommended should receive influenza vaccine yearly. The first year a child under 9 years old receives influenza vaccine, he or she will need a second dose one month later.

Thank you for visiting Voices for Vaccines' Why I Choose gallery.

Upload YOUR Why I Choose contribution!