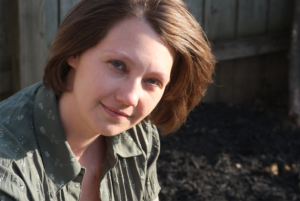 Several years ago, my state outlawed public smoking. As a non-smoker concerned with the terrible health risks of second-hand smoke, I was thrilled. My family could now eat at restaurants, go bowling, and watch a live baseball game without our eyes watering, our throats burning, or coughing (and trying not to appear rude). I no longer had to worry that my and my babies’ health were exposed and harmed due to the personal choices of others. Many people however, did not share my enthusiasm and emotions ran high as a personal “freedom” was seen to be trampled and stolen by the government.

I don’t think smokers are evil people, but I have seen firsthand the awful effects of long-term smoking. Family members have suffered and died due to smoking or just being around smokers. There is a large body of scientific evidence that shows smoking poisons and kills a body; nobody nowadays smokes for their health. Although it is an individual’s choice to smoke, we have agreed, as a society, that they should not have the right to put other people at risk with their decision. We understand smoke does not magically stay in a smoking section or in a bubble around the smoker. It seeps into clothing, clings to hair, and perfumes car fabric—and it causes cancer, COPD, and death, irrespective of one’s own smoking status.

Similarly, last year, my city banned texting while driving because distracted drivers were causing a lot of accidents. Those accidents typically didn’t just involve the texter-driver and a pole (which consequently is public/community property), but other people. These accidents led to injury and death, often of the person not texting and driving. When this ban went into effect, was the texter’s personal freedom trampled and stolen? What about seatbelt requirements?

I find myself wondering how do anti-vaccine actvists, who are fighting to maintain their “right” to forgo vaccinations while also enjoying public spaces, feel about public smoking bans and laws against texting while driving?

Infectious diseases do not magically stay in one place. Diseases are living, growing organisms that, like mold (another living, growing organism) are just looking for prime real estate. It astounds me that a growing number of people are choosing to risk their own kids’ health, long-term well-being, and even life to diseases that doctors and medicine had previously been able to diminish to such a point that new doctors and nurses have never even seen live cases of them until now.

Those who don’t vaccinate because their children are not at risk of contracting vaccine-preventable diseases have never experienced first-hand the results of these diseases and they are grossly underestimating them. And it isn’t for lack of education. It’s out of pride and stubbornness, or what Leonard Pitts Jr. of the Miami Herald termed “Secret Knowledge.” Anti-vaxxers put their children and many others at risk, but not themselves. At some point a crisis of reality will hit anti-vaxxers personally, but in the meantime, public policymakers would do well to keep the faulty faith of anti-vaxxers in mind, the same way they keep in mind the dangers of smoking and texting while driving.

Anti-vaxxers have made a fatal error in thinking and behaving as if these diseases have been wiped out or that they can be controlled. Except for smallpox, infectious diseases have not been eradicated; these are living organisms that change and grow, and they are just waiting for the opportunity to re-emerge.

Timeline of Diseases and Vaccines

Family that Refused Measles Vaccine Put My Baby in Quarantine

Thou Shalt Not Commit Logical Fallacies

Loura Lawrence is an author and mother of three who also has interests in  photography and graphic design, tutoring, jewelry design, and acting. You can learn more about her at her Amazon Author page.