I am part of a generation that feels its government has lied to its citizens time and time again. From the rationale and controversial evidence leading to the invasion of Iraq to the allegations about the NSA, it’s easy to become jaded. In fact, when I learned about these things, at a young age, my mind went to a dark place. What else have they not told me, I thought. At this point, I was willing to believe they were capable of almost anything. Even conspiracy theories involving the government and the use of vaccines did not seem far-fetched. And there are so many of them: vaccines cause cancer, they compromise the immune system, they cause brain injury. Some people even think the government uses vaccines for some kind New World Order mass depopulation and sterilization program.

Vaccines, with all their terrifying terms and ingredients, are easy pickings for anti-vaccine activists. And when the Wakefield study came out that fraudulently linked vaccines to autism, it rocked my world enough to become an anti-vaccine advocate. Of course, I’m not a scientist, but I felt strongly that I had reasons to be wary of vaccines. However, I have two strong traits: stubbornness and the ability to think critically. And I quickly realized that things didn’t add up.

I first became suspicious of homeopaths and the power of organic food to combat diseases prevented by vaccines, just because of the mere cost of everything. If this lifestyle was so much simpler and easier and free from chemicals, why was it so much more expensive? Who, I wondered, stands to gain? I eventually decided this was just the cost of good health. But the itch persisted.

In my time researching all sorts of government conspiracy theories and such, I noticed one thing rang true. While there were (and likely still are) some theories that should be explored, the fact is that the biggest commonality in these theories is money. Who is getting rich? And in this case, I wondered who was making more money: “Big Pharma”, who I learned sells most vaccines at cost or even a loss. Or is it these homeopathic companies, which stand to gain so much by preaching their magic remedies?

So I decided to perform further research, again. This time, however, I did my research- without the bias. First, thimerosal, a mercury derivative also known as ethylmercury, which has caused the most furor over the years with many people believing that thimerosal in vaccines caused autism. It has been removed from nearly every vaccine in America (in 1999) and several studies have shown that it never caused autism. I also researched all the “dangerous” chemicals, and was reassured to learn that the ingredients in vaccines are in such small amounts that they are not even close to a significant amount to cause harm.

Then there was the “worldwide conspiracy” propagated by anti-vaccine activists that suggested that anyone involved in any way with the making or administering of vaccines were in on something–that vaccines are dangerous. That’s all doctors, all pharmacists, all the tens of thousands of pharmaceutical company employees, all public health officials, all epidemiologists and academic researchers, vaccinologists–in short, literally hundreds of thousands of people, perhaps millions, being told to stay quiet about “dangerous” chemicals in exchange for money. And, of course, we are asked to believe that there is enough money in Big Pharma to pay off every single one of these people.

I used to be anti-vaccine, but I have come a long way, thanks to critical thinking. And if I could say anything to those who are still caught in this perpetual lie, it would be this: anti-vacciners are lying to themselves and you. Many of them stand to make more money than Big Pharma. From the pe 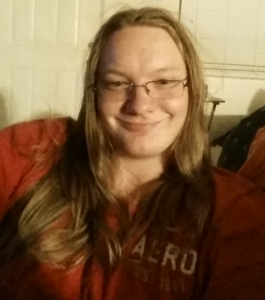 ople selling autism “cures” to homeopaths and naturopaths who promise immunity from vaccine-preventable diseases,
there is a lot of money at stake.

Please, please, vaccinate your kids. It is the right thing to do. We have a tool which can forever rid the world of these diseases. They can literally be gone forever. Don’t let a lie determine how you protect your child.

Blair Krolak describes himself as a very strong individual. His life goal is to better the lives of other human beings.