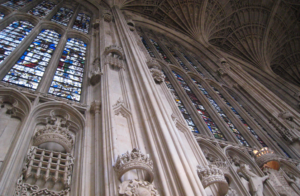 A recent study in Pediatrics looked at the rates of religious exemptions for immunization in New York state, and then looked at pertussis (whooping cough) rates across the state. Pertussis, or whooping cough, is the bacterial respiratory infection that causes severe coughing for weeks or months and can kill vulnerable individuals, primarily young babies. Religious exemptions are available in 46 states, with varying strictness and requirements, for parents who state that vaccinating their children would violate their religion. (Mississippi, West Virginia, Arizona and California don’t have religious exemptions, but Arizona and California both offer philosophical exemptions while Mississippi and West Virginia only allow medical exemptions.) It’s worth noting that only one major, recognized religion teaches beliefs that may be contradictory to vaccination — Christian Science, which has only 900 to 1,100 churches throughout the entire U.S. Most major world religions have actually directly addressed concerns of their faithful on vaccines.

I’ve often heard (or read online) parents of unvaccinated parents say something to the effect of, “What difference does it make to you whether I vaccinate? If you vaccinate, my child’s vaccination status doesn’t affect yours.” That’s dead wrong. Especially with a disease as contagious and prevalent as pertussis, and especially given the limited long-term effectiveness of the current pertussis shot, other parents’ decisions not to vaccinate their children absolutely affects others’ children. It affects my vaccinated child, who is at greater risk for pertussis if herd immunity is reduced, and it puts any babies under 2 months old (when kids get their first DTaP shot) at very high risk for a disease that can kill them — 18 babies died of pertussis in 2012.

While this study does not discuss why religious immunization rates have increased, other studies have shown that parents use medical exemptions to skip public school or daycare vaccine requirements because they have unfounded fears about vaccine safety. Religious exemptions are also frequently (mis)used by parents to avoid vaccinating their children even if immunization would not actually be against the family’s religion. Sometimes, a family seeking an exemption does not even belong to a church; the Internet is full of stories of parents lying to get religious exemptions. They believe vaccines are unsafe or unnecessary, so they seek a religious exemption to avoid school immunizations requirements. Their fears lead to more exemptions, which leads to higher rates of disease, which leads to more death. Pertussis is the only vaccine-preventable disease with an increase rate of deaths in the U.S. While the increase in pertussis rates is largely due to the long-term waning effectiveness of the current vaccine, this study demonstrates how vaccine fears and exemptions are contributing as well.

The bottom line is that vaccines save not only the lives of children who receive them but also the lives of other children and immune-compromised adults in the community. Whether it’s  Catholicism or Judaism or Islam or another religion, one spiritual leader after another has condoned the use of immunizations to protect against disease. Parents who use religious exemptions anyway to avoid vaccinating their children may think they are following their conscience, but they are not following their faith. Rather, they are endangering the lives of their children and of many around them. 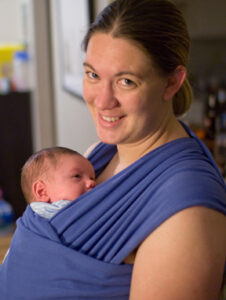 Tara Haelle is a science writer, a photographer and a teacher. She blogs on health and science topics for parents at Red Wine & Apple Sauce, and her writing has appeared in Slate, Scientific American, Scuba Diving, dailyRx and other outlets. You can follow her on Twitter at @tarahaelle or see her work at www.tarahaelle.net.