Although it’s hard for me to admit—and makes me feel vulnerable—I was previously anti-vaccine. As a young first-time mother seven years ago, I had had my daughter vaccinated according to schedule up until she turned one. That’s when I stumbled upon the anti-vaccine crowd on the Internet.

I was easily sucked in. I was easily manipulated into becoming completely and utterly fearful of vaccines. Now I was terrified that something catastrophic would happen to my daughter if I continued to vaccinate her. So my husband and I made the decision to stop vaccinating her.

This decision, however, did nothing to ease my mind. I was constantly thinking “what if” each and every day. What if she gets sick? What if she infects someone else? What if I am making a terrible decision? Each time I dropped her off at school, each time we were in a public place, each time she showed the slightest sign of getting sick, my mind would begin to race.

A few years later we had another child. This time, we chose to not vaccinate him at all. It was a decision based entirely on fear. This fear was regularly fed by the anti-vaccine movement. 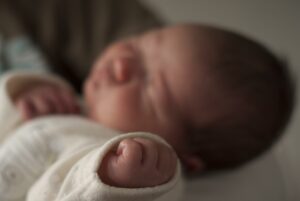 Then, last year, our daughter came down with an absolutely horrifying case of croup, which led to hospitalization. While I realize this isn’t a vaccine-preventable disease, it was similar enough to pertussis—which is a vaccine-preventable disease—to wake me up. While she was laying in the hospital, struggling to breathe, hooked up to an IV, getting blood drawn, and watched over by concerned doctors and nurses, I thought: “What if this was something more than croup? What if it had been measles? Pertussis? Varicella? Hib? What if it had been a disease that I could have taken steps to prevent?”

This hit home especially hard when I had to answer the doctors’ routine questions about my daughter’s immunization status. When they asked “Is she up to date on her immunizations?” I responded with a trembling “No.” Seeing her so extremely sick, I realized I needed to re-think my choice not to vaccinate her.

A couple of days later I came upon a pro-vaccine Facebook page. It was an eye-opening, harsh, but desperately needed jolt back to reality for me. Later that day I phoned the pediatrician and made an appointment for my two children to be brought fully up to date on their immunizations. Thanks to the memes, the comments, and the information I read on social media, I finally realized how devastating my choice not to vaccinate could have been for my family—and other families as well.

My children are now up to date on their immunizations. For the first time since I stopped vaccinating my kids, my mind is at ease. It no longer races when I drop my daughter off at school or when I take my son to a play center or to a friend’s house.

It’s as if a giant boulder has been lifted from my shoulders.

Ashley Chapman* is a stay at home mother of two children, a 2 year old son and 7 year old daughter. She has recently started fully immunizing her children, after making the ill-informed choice to discontinue vaccinating when her daughter was one.

*Editor’s Note: To protect her privacy, we have used the author’s pseudonym.