I like cooking from scratch. I use the odd packet or sauce or store-bought stock, but mostly the food I make is as natural or close to its original form as is practical.  I don’t mill my own flour or crush my own peanut butter, but I do make my own béchamel sauce, and I crumble broccoli into the pizza bases I make. And my macaroni and cheese is just out of this world—well, at least my family says so.

Because I like to keep things natural, I vaccinate my children.  I like their bodies to mount a natural immune response to pathogens so that if they’re exposed to those diseases, they already have antibodies present and their body can fight the disease off using its natural defenses.  Getting the disease by exposure to it, such as at a chicken pox or measles “party,” doesn’t confer some different type of immunity – it just means that your child has gotten sick when they needn’t have in the first place—and that they have now risked some serious complications, such as pneumonia, encephalitis, blindness, SSPE (sub-acute sclerosing panencephalitis) or death. 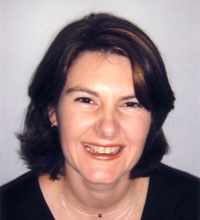 Breastfeeding is wonderfully natural, and people have been doing it since the dawn of man, but many of the diseases we can avoid getting by vaccinating have been occurring in humans for just as long. Yes, breastmilk does contain antibodies to diseases mom has been exposed to and has antibodies to, but it doesn’t mean you should avoid vaccinating your children.  In fact, because antibodies from breastmilk are not absorbed into the circulation, those antibodies that some non-vaccinating parents tout would never be able to protect an infant or toddler against viruses or bacteria that spread into the bloodstream (such as measles, mumps, rubella, chickenpox, polio, Hib, pneumococcus, and others).

Sometimes we think that although something might not be all that natural, it’s been done for a very long time, hundreds of years, so it must be good, too.  Those who like to use traditional Chinese medicine or home remedies, for example, often tell us that because the approach is old, it has stood the test of time and that this longevity is proof it works.  On the other hand, piercing my child’s skin with a fluid-filled needle can’t be good because it cetainly hasn’t been done for hundreds of years.

Well, the diseases these vaccines prevent occur naturally, too. Some parents who choose not to vaccinate say they are not willing to inject their child with what they believe is a “toxin” (the vaccine).  In that case, these parents will have to keep their children in sterile bubbles and never interact with anyone, because just by breathing and touching things and eating food and patting animals that is exactly what is happening.

I’m imagining the sound of spluttering “but, but, there are other additives in the vaccines that aren’t natural”.  Yes, there are other things in the vaccines. They’re called preservatives.  Some preservatives are natural – like salt, for example.  Others might be manufactured. Without them in our foods and medicines, nothing would last very long and, in fact, would become quite dangerous if ingested.  When ways of preserving foods were discovered, it was a great leap forward for humanity– it made lives easier and safer. Fewer people went hungry and far fewer people died from foodborne illness. Similarly, riding horses and harnessing them to carriages and domesticating dogs might not be that natural, but these acts have been of similar help to humans.  Preservatives in medicine, in particular, increase safety. They don’t increase risk.

All kinds of things can be considered natural. Tobacco is natural. Marijuana is also natural—and usually organically grown, too! There are, of course, serious side effects associated with these natural products, including lung cancer.

For me, the mom over there breastfeeding the oversized toddler, vaccination was an easy decision, because it while it was the natural thing to do, it was also the right thing to do.

Kim Norton Jurgens is a mother of two and a Human Resources Manager. She has a degree in business commerce and is married to a journalist. She lives in South Africa.