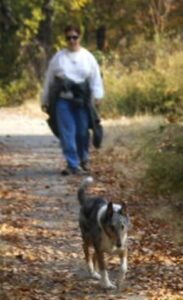 April, 1961 in Baltimore, I went to play with my younger cousin Leon while my mother shopped nearby for birthday party hats, balloons, and other necessities. You see, I would turn seven on May 6th, and a luncheon party for the girls in my class was planned. I had my heart set on a Chatty Cathy doll, the first talking doll. My parents kept explaining that it was too expensive for anyone to give. Still, I hoped.

Leon had been ill the week before the shopping trip. My uncle assured Mother that it was only German measles. In those years, rubella was regarded as a mild childhood annoyance. (Some didn’t realize that rubella caused devastating birth defects in fetuses, even though scientists had discovered Congenital Rubella Syndrome twenty years earlier.) So Leon and I played until Mother finished shopping.

Some days later, I awoke feeling poorly, with a fever and cough. With a baby in the house in addition to me, my mother didn’t wait for symptoms to abate– she called the pediatrician to make a house call. He came, looked me over, and showed my mother the telltale Koplik’s spots that meant measles. Leon had not had German measles, as my uncle had assumed. He had had measles. Now I had measles. Party cancelled.

The pediatrician explained that spots would turn into a rash covering my body. The fever would rise and peak. Then recuperation would begin. Baby brother was given a shot of gamma globulin for passive immunity. (He went on to develop a mild case of measles.) Meanwhile, all my parents could do was wait for my spots to come out and treat the fever. At that time, accepted treatments for fever were baby aspirin, alcohol sponge baths, and ice packs.

Days passed, and the rash didn’t appear. I grew sicker. Usually the measles rash appears two to three days after the first symptoms. Not in my case. Instead, my fever climbed and climbed. I was delirious most of the time; at one point, my fever reached 107º F. The pediatrician insisted on hospitalizing me; my mother insisted harder on nursing me herself at home. Mother won.

What Mother didn’t know at the time was that I was not the only measles patient in Baltimore with a rash that refused to appear. My pediatrician had at least one other patient like me; she was in the hospital. She never came out.

Meanwhile, Mother gave me alcohol baths (how well do I remember the smell of isopropanol penetrating my fog of fever), wrapped me in ice packs, took my temperature seemingly round the clock, offered me flat cola, gave me rock candy to soothe the cough. At one point in my delirium (it must have been on my actual birthday), I opened my eyes to see a Chatty Cathy doll on my dresser. Lying next to me was one of Shari Lewis’ puppets, Hush Puppy himself. I fell back into fevered sleep.

Some days later I awoke feeling almost normal; my fever had broken and the rash still had not appeared. I ran to my window to look at the flowers in bloom. Later that day, however, I was back to misery when the rash came out. The itch! I was well enough to lie on the living room sofa, with a bottle of Caladryl in hand and a wad of cotton, so I wouldn’t scratch. Cathy and Hush Puppy were by my side. Soon the itch stopped and I started eating again. I don’t know how much weight I lost, but I recall my uncle bringing fresh cream in a glass bottle and my parents giving that to me in place of milk for a while.

The weekend before Decoration Day (May 30th, Memorial Day in Maryland) was sunny, bright, and cold, with high temperatures in the low 70’s. My party had been rescheduled for Sunday. I wore my party dress and shivered outside in the thick wool sweater Mother knitted for me. The girls ate meatloaf, played pin the tail on the donkey, and sang “Happy Birthday.” All admired my doll and puppet.

In 1961, the year of my illness, American children received vaccines to prevent diphtheria, tetanus, pertussis, poliomyelitis, and smallpox—but not measles. In 1963, the FDA licensed the first vaccine for measles. In 1964, the first nationwide recommendations for childhood vaccinations were issued.

As I write this in September 2013, a measles outbreak is raging in parts of Queensland, Australia. In this country, we’ve seen a significant measles outbreak in Texas. This year may go on record as the one with the most measles cases in the United States since 1996.

Measles remains one of the deadliest preventable diseases.

The MMR vaccine eliminated endemic measles once. We should make that once and for all.

Beverly Barton is a professor at Rutgers University – New Jersey Medical School.  Beverly has a PhD in medical microbiology (immunology).  When not writing or thinking about biomedical science, Beverly likes to hike with her smooth collies Skye (pictured) and Cal.