The last week has been such a whirlwind. It’s hard to wrap my head around the fact that the very first time my four-month-old son Mobius got sick, it was with the measles. I am incredibly thankful that he has been recovering beautifully, but still frustrated that it ever happened.

My husband Chris and I had been concerned about the risks of flu and whooping cough, especially since Mobius was born nearly a month early in the middle of fall. I made sure to get a Tdap and flu shot myself while pregnant in hopes of passing a bit of protection to the baby who would spend some of the cold and flu season otherwise completely unprotected. We kept him almost entirely at home until after his first round of vaccines at two months. We were counting down the days until we’d be able to start having adventures with him.

But after those long two months of home confinement, we were able to take Mobius to the place we loved, and it has been incredible to watch him take it all in. He’s incredibly social, loves smiling at people, and looking at all of the lights and colors. I really didn’t think he’d enjoy it as much as he did early on, but we were both pleasantly surprised. He loves the stimulation! We were even able to get our first Santa pictures for him without waiting for hours in line at the mall. 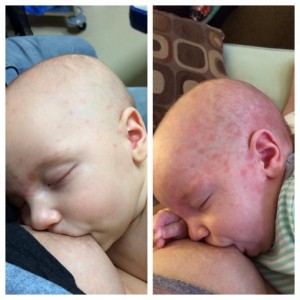 Coincidentally, we were not there during the initial measles outbreak. We didn’t return to the park for a full month after the infectious period, at a point when, because of the widespread nature of the measles outbreak, he was about as likely to catch it at the market. Sadly, it appears that Mobius contracted measles at Disneyland when we finally returned in mid-January.

Ultimately, people on both sides of the vaccination “debate” are doing what they feel is best for their children. There are so many personal decisions that parents make: cloth diapers vs. disposable, breast milk vs. formula—but none have an impact on our community like vaccination does.  No, vaccines are not 100% effective and they are not without risk of side effects. However, not vaccinating your child due to a fear of an incredibly rare side effect amounts to not wearing a seatbelt because of the minute chance it may cause more harm than good. It’s easy to feel comfortable because these diseases aren’t ones we personally see every day, but if this trend of delaying or skipping vaccines continues, diseases that were close to being gone will make a comeback. In fact, they already have. And my son’s measles infection is proof.

It was traumatizing to feel my infant son’s entire body rattle as he breathed. While he was able to fight through the infection, it worries me to think of the repercussions an even more widespread resurgence of measles could cause. It is a particularly sneaky disease, in that it takes about fourteen days from exposure for the rash to appear, and you can be contagious for up to four days prior to symptoms appearing. 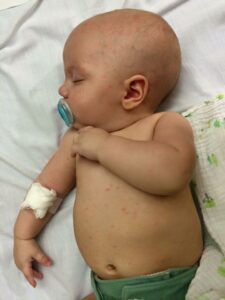 The days before Mobius’s rash appeared, he was just a little off—we didn’t actually know something was up until the night before when he started rubbing his eyes. We were out with friends and family multiple times in the days he was contagious before the rash appeared. Unbeknownst to us, we exposed hundreds of people to measles. This fact weighs heavy on my heart; although Mobius was too young to be vaccinated, I know this all could have been prevented had vaccine coverage for this immunization been higher.

We shouldn’t have had to put my infant through this disease or the invasive procedures required to diagnose it. This never should have happened. The fact that we have science demonstrating, in no uncertain terms, the safety of vaccines and people still choose to ignore it is heartbreaking. Vaccines have saved hundreds of thousands of lives in the past two decades. Let’s continue that trend and continue to keep our children and communities safer. 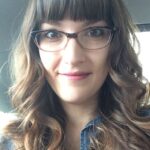 Ariel Loop is a registered nurse who lives with her husband and son in Southern California. She is passionate about public health, crafting, and garden gnomes.