On December 27, 2013, my life changed dramatically: I lost my only daughter, Ashley. She died from the flu at age twenty-three. Her death was completely devastating and horrible. I still can’t believe it happened. 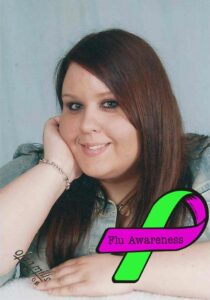 A beautiful girl with the most beautiful, piercing green eyes, Ashley was kindhearted, extremely smart, and the most stubborn and determined person I have ever met. From the time she was little, she was wise beyond her years and such an old soul. As a nanny, Ashley worked with three children, including a child with special needs. He inspired her to return to college in order to work with special needs kids, and she was only a few weeks away from going back when she died.

It was a few days before Christmas 2013, when Ashley came home from work not feeling well.  She had a sore throat and a fever, and just felt achy. She was taken to an urgent care, but doctors felt her diagnosis of Type A flu came too late for antivirals*, such as Tamiflu, to be given. The physicians told her these medications had to be given within forty-eight hours of the first symptoms to be effective. Ashley was told her to go home, drink plenty of fluids, take Motrin, and get plenty of rest.

When I learned Ashley had been diagnosed with influenza, I was actually relieved. I thought to myself, everyone gets the flu. It’s no big deal. You feel horrible for a few days, you get over it, and that’s it.

Boy, was I wrong.

Late Christmas Night, we took Ashley to the ER. Her fever was 103.8 and she was having trouble breathing.  Once there, the ER doctors quickly moved her to the I.C.U., and hooked up to machines and a special breathing mask. They said her pulse ox was 88, and she was hypoxic. I didn’t exactly know what that meant, but I knew it was something very serious.

I was not prepared for what was going to happen over the course of the next twenty-four hours. Throughout the next day, as test results started to come back, the doctors began to give us a picture of what was going on with Ashley. It was not a pretty picture. In fact, it was a nightmare. Ashley had H1N1 influenza, and it had attacked her lungs. Although the doctors tried just about everything, Ashley’s lungs were so severely damaged that they would not accept the air from the respirator. Eventually, we were told her only option was to be put on a heart-lung bypass machine, which might give her lungs a chance to heal. However, this small hospital did not have the machine, so they decided to airlift Ashley to a larger hospital.

The process took nearly eight hours—influenza was widespread throughout our state and there were several people just as sick as Ashley, which meant the heart bypass machine was not yet available to Ashley. A frantic search for an available machine went on around us as we watched Ashley code twice. Doctors, nurses, and techs took turns with an airbag, squeezing it every few seconds to keep Ashley’s organs from failing.  Ashley was fighting so hard—and so was everyone else in that room.

Finally, they found a machine for her, but Ashley was even sicker now; getting her to the hospital with the available machine was an almost impossible task. We were told Ashley had only a 5% chance of surviving the trip.  We signed the papers, and Ashley did survive the trip to the larger hospital, where she was taken directly into surgery. Again, we were told that Ashley had only a slim chance of surviving the surgery to hook her up to the heart-bypass machine. In addition, we were told that if she did make it through, she would most likely experience a serious complication on the machine.

About an hour later, after receiving updates every fifteen minutes or so, we were taken into a room, expecting to be told what the next step was. Instead, the doctor came in and said, “I’m sorry, we did everything we could, but Ashley died.” 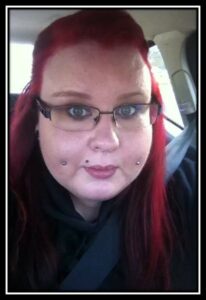 My husband fell to his knees and cried. My son, who was only seventeen at the time, looked at me like he didn’t understand what was happening, I will never forget the look on his face. As for me, I honestly don’t remember how I reacted. I do remember thinking, “She just had the flu. How could she die from just the flu?”

I learned a hard lesson: you can’t take any illness for granted. My thoughts, of course, turned to the flu shot. I had never received a flu shot, and neither had either of my children, including Ashley. It wasn’t that I was against the flu shot—I just thought it was meant for the elderly or for older people. I had never heard of anyone dying of flu. I still don’t know why this happened to Ashley, a healthy twenty-three-year-old, and I live every day with guilt knowing that had she gotten the flu shot she might be alive today. The 2013 flu shot was particularly successful. This fact is very hard for me to handle.

We are coming up on Ashley’s third Angelversary, and the third year of the remembrance of this horrible experience. My guilt about not knowing more about flu shots and the seriousness of the flu only gets worse.

A few weeks after Ashley died, we were contacted by many reporters and had news crews showing up at our door wanting to do an interview.  That year, Ashley was the third young twentysomething who had died from the flu in our county. I really wish the media would have done a story on number one or number two; I would have seen it, and understood how important flu shots are.

I then started to think that if I didn’t know that flu could be so deadly, even for young people, I bet the majority of people didn’t know either. So, on February 2nd, 2014, The Ashley McCormick Flu Foundation was born. In our outreach work, we tell Ashley’s story, talk of the importance of getting a flu shot every year, and, when we have funds or can get grants, provide flu shots.

In the last couple years doing this work, I have found I was right: most people who hear Ashley’s story do not realize the flu can be deadly. Our foundation now works closely with the state and county health departments, and focuses on college-age kids. As a demographic, they have the lowest flu vaccine coverage. Our state has created a poster with Ashley’s picture and story featured on it, and it is posted in all health departments, colleges, some school districts, doctors’ offices, and just recently in our county Walgreens stores. The state health department also tells me that Ashley’s poster really is making a difference in rising flu vaccine rates in every age group. We are working with some other families that have lost children to the flu. Together, we hope that our losses will help other families understand how important it is to protect themselves and their loved ones against this terrible illness. 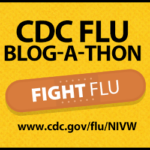 Patti McCormick is the mother of Ashley and the founder of The Ashley McCormick Flu Foundation and Ashley Bridge, which provides support to families in need. Please visit their website to learn more. This post was written as part of the CDC Blog-A-Thon to fight flu.

*Editor’s note: There is some evidence that antivirals given after the 48-hour mark can still help prevent flu’s worst complications. 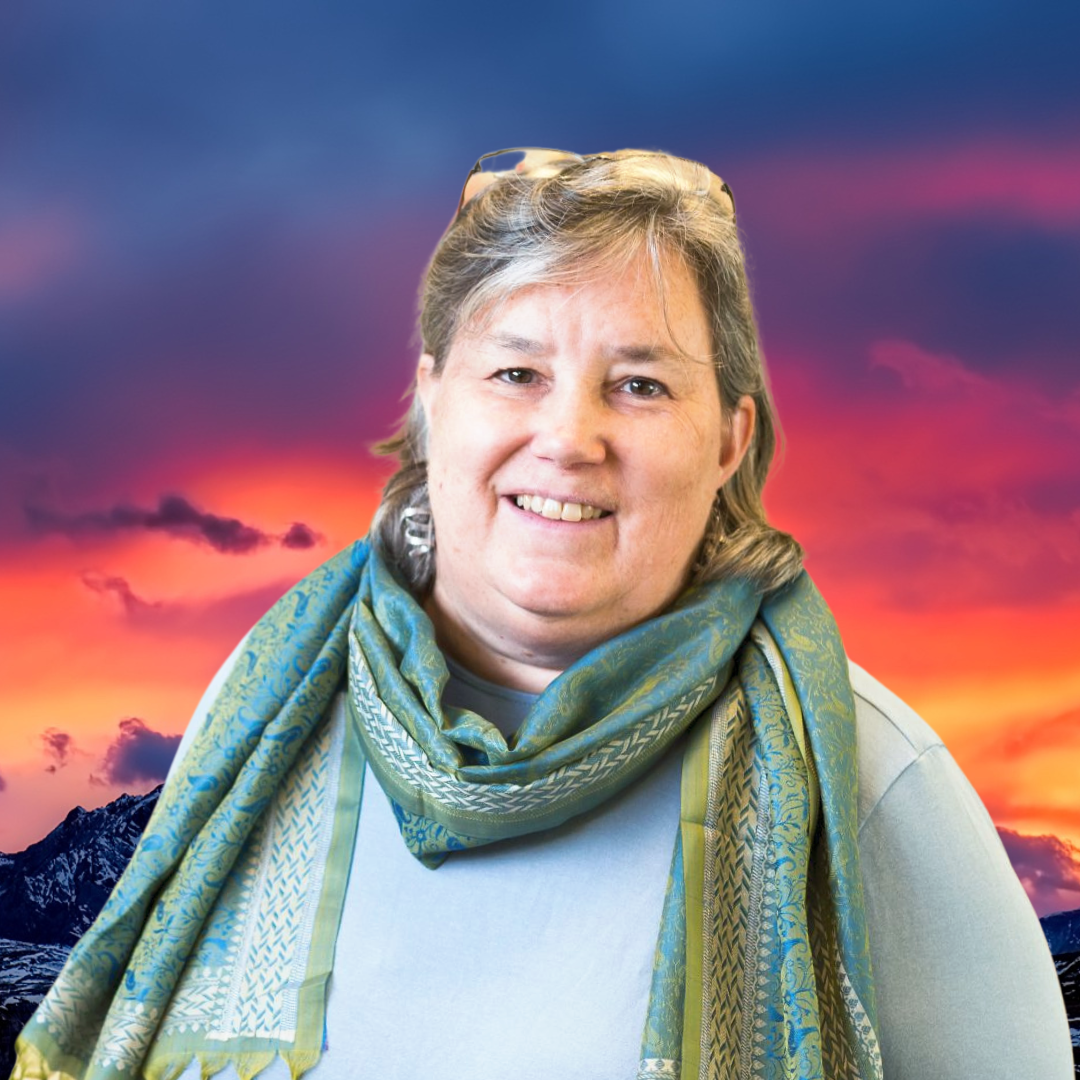 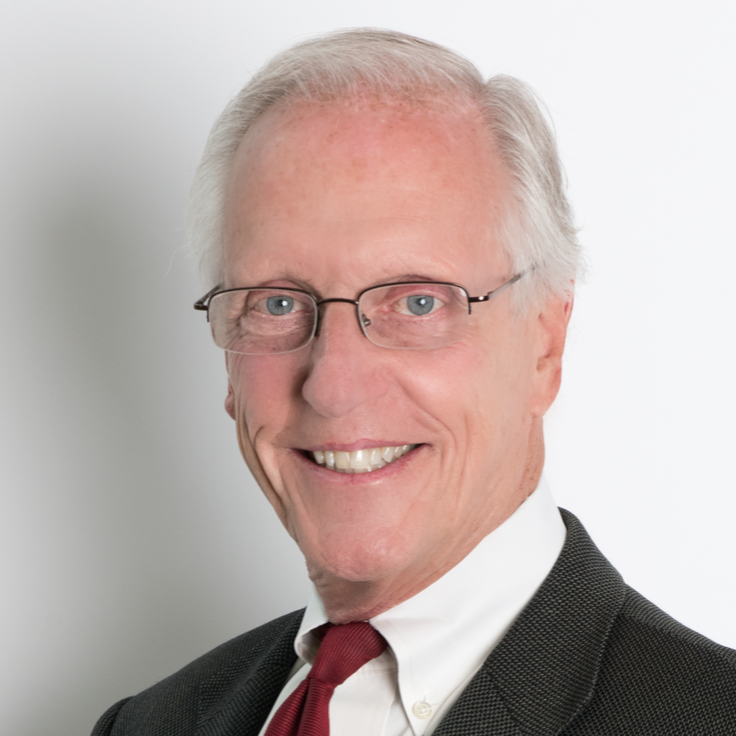