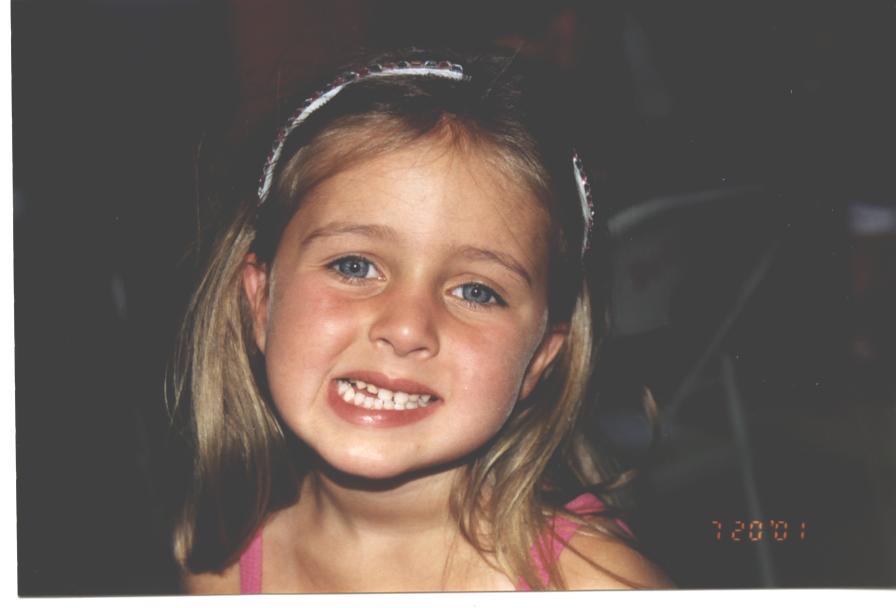 In 2003, my 5 year old daughter Alana died due to complications from the flu.

Alana’s life was stolen from her in less than 24 hours. She woke up on a Saturday morning and told her mother and me that she was tired and didn’t feel like going to ballet. She had a slight fever of 99 but otherwise didn’t seem sick. As the day went on, she felt better. She played with her brothers and me outside, helped decorate a snowman, and ate pizza for dinner and ice cream for dessert.

Alana went to bed fever free but within a matter of hours woke up with a 106-degree temperature. She was lethargic and vomiting. We rushed her to the hospital by ambulance.

After several hours in the emergency room (where they were unable to reduce her temperature), the doctors finally decided to admit her to the pediatric ICU. Quickly upon admission, Alana began to have seizures, fell into a coma, and was placed on a ventilator.

After several more hours (which felt like days), the doctor told me that Alana had the flu. I was relieved that it was “just the flu” and felt that she would be okay. The doctor recognized that I wasn’t hearing what he was saying so he told me again. Alana was suffering from encephalitis (swelling of the brain) caused by complications from Influenza. She was going to die. Nothing could be done to save her. In less than 24 hours, my baby died from something as common and preventable as the flu. 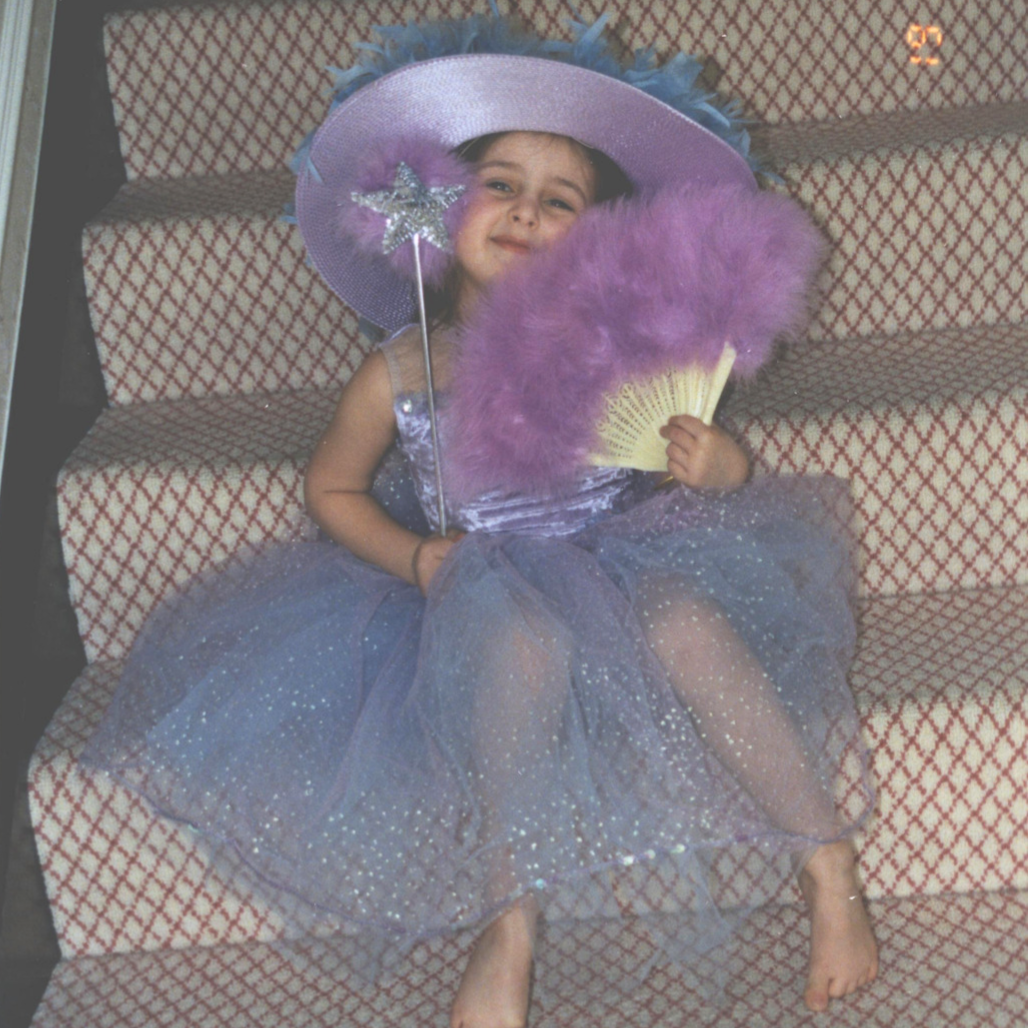 The Truth About Influenza

Once the funeral was over and reality set in, I became angry and wanted some answers. I couldn’t understand how this could have happened. What did I do wrong? I asked her pediatrician many questions:

Why hadn’t you offered my children the flu shot?

Why hadn’t you informed us about the dangers of the flu?

Why hadn’t you told us that the flu could kill and children are vulnerable?

I felt cheated of the opportunity to protect my daughter, and as a result, she died.

Alana was up to date on all of her childhood vaccines at the time and was a perfectly healthy little girl. When people meet me and learn of her death, they always assume that she must have been immune compromised or suffering from some other illness. Her pediatrician told me she didn’t recommend the flu shot because at the time, Alana did not fall within the CDC age recommendation (6-23 months of age).

This was unacceptable as Alana had an 18-month-old brother at the time and the pediatrician didn’t recommend the shot for him, either. That pediatrician didn’t have a good answer to any of my questions, and in reality, I don’t think that any of them would have been satisfactory. 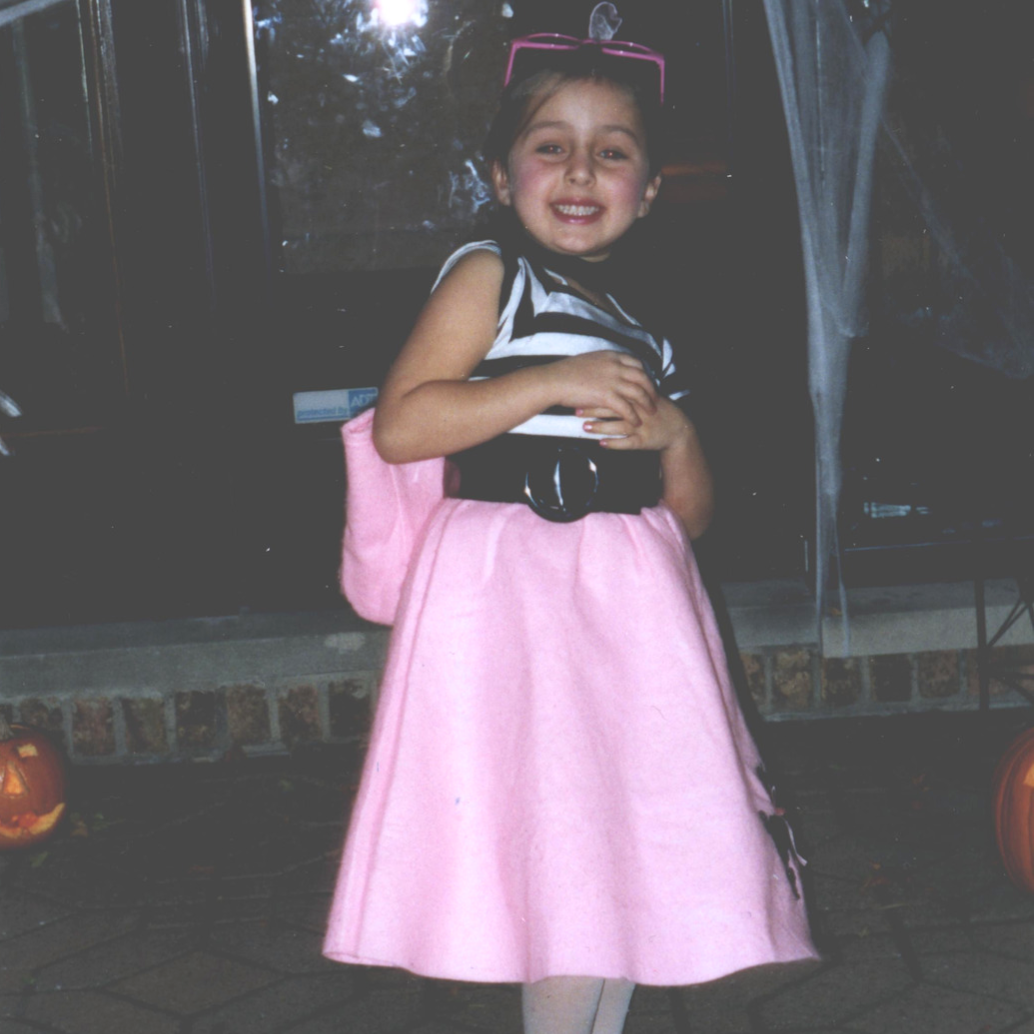 I soon learned that on average, in the United States, 140,000k-710,000k people are hospitalized with the flu every year, over 60 million people are infected, and it is not uncommon to have 12k-56k people die due to complications from the flu.

Guess what? There is a vaccine available to help prevent much of this and it has been available since 1945.

I then decided to make it my mission to tell anyone who would listen to my story, inform them about how dangerous flu is, and encourage them to get their family vaccinated. My goal is to prevent another family from losing a loved one from the flu, a vaccine preventable disease. That was the beginning of Alana’s Foundation. Today our mission is to make the vaccine convenient and affordable for families by removing barriers that prevent people from getting vaccinated.

Throughout my work with the foundation, I have been confronted by anti-vaxxers and approached by parents hungry for information. I have been questioned and challenged about the risk/reward value of the flu vaccine, given that it is not a perfect match each year.

Alana’s story is not unique, but it is powerful. I’m often asked to speak and tell my story (to PTO’s, Churches, Medical Symposiums, College Campuses, etc.). More often than not, I will have somebody approach me who tells me that I changed their mind. Until they met me and heard my story, they didn’t believe in the flu shot. Now, after listening to what happened to Alana, they were now going to get their family vaccinated. 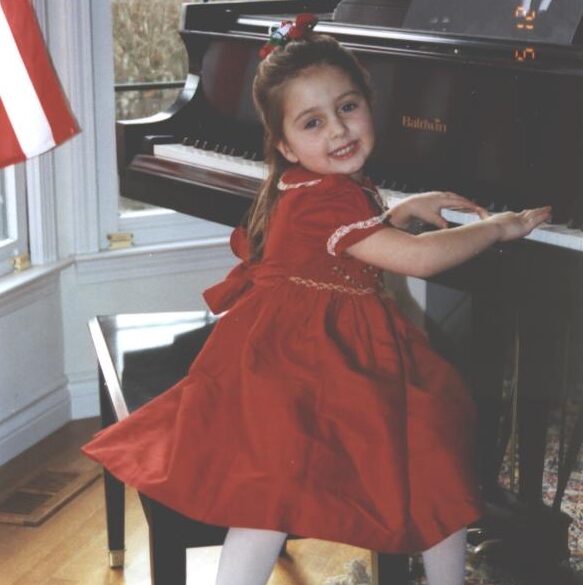 In the Q&A session after I speak, people often raise some really good questions.

Should I get the flu shot if I’m low risk?

What is the risk of getting the shot? You have much more benefit from receiving the shot than any potential side effect. And from a public health standpoint, we have a responsibility to each other.

If you can still get flu, why bother getting vaccinated?

Why wouldn’t you? You have a 30-65% chance of protecting yourself and the people around you. What’s the downside?

It’s funny. Sometimes I will ask the person who asks this question that if they were in Vegas and they were told that if they put $100 down and they had a 65% chance of doubling their money would they consider that to be good odds? Most often the answer is yes, but when it comes to their health or public health, in general, it’s not good enough.

It’s also worth pointing out that the flu shot is free for many kids.

My family and I live a healthy lifestyle. Do healthy people really need a flu shot?

The flu viruses does not discriminate. It affects people young and old, regardless of race, gender or other factors. I point out that my daughter was 5 and in perfect health yet the flu killed her.

Is the flu vaccine safe? How do we know?

I’m not a doctor or medical professional so I always encourage people to consult with their doctors, but I do point out the fact that the flu shot has been around since 1945 and hundreds of millions of doses have been safely administered throughout the world. 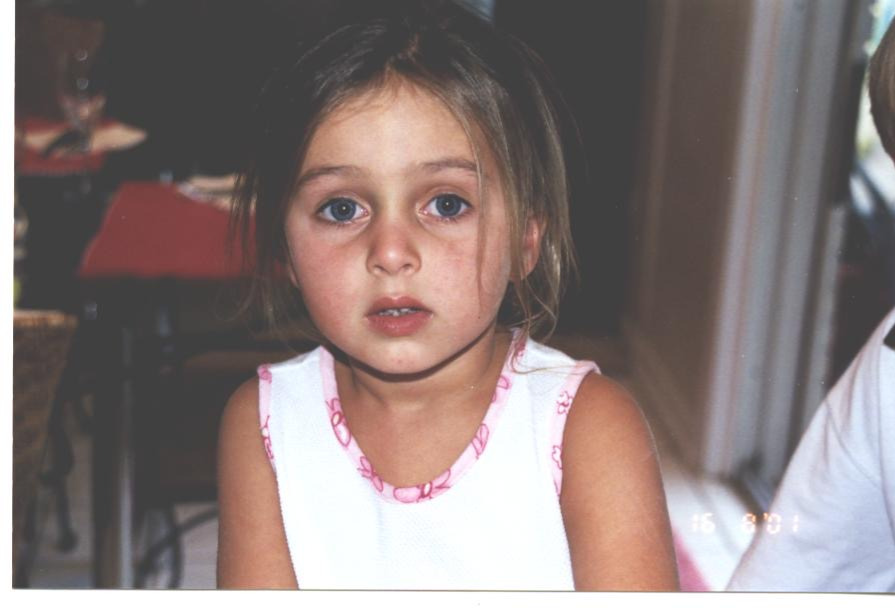 I would ask anybody reading this, contemplating whether or not to get the flu vaccine or know of a family wavering on the issue – tell them Alana’s Story!

Zachary Yaksich is a father in Bloomfield, Michigan. JoAnna Yaksich, Alana’s aunt, provided the photographs for this article. Their story, like all others on this blog, was a voluntary submission. If you want to help make a difference, submit your own post by emailing Noah at [email protected] We depend on real people like you sharing experience to protect others from misinformation. 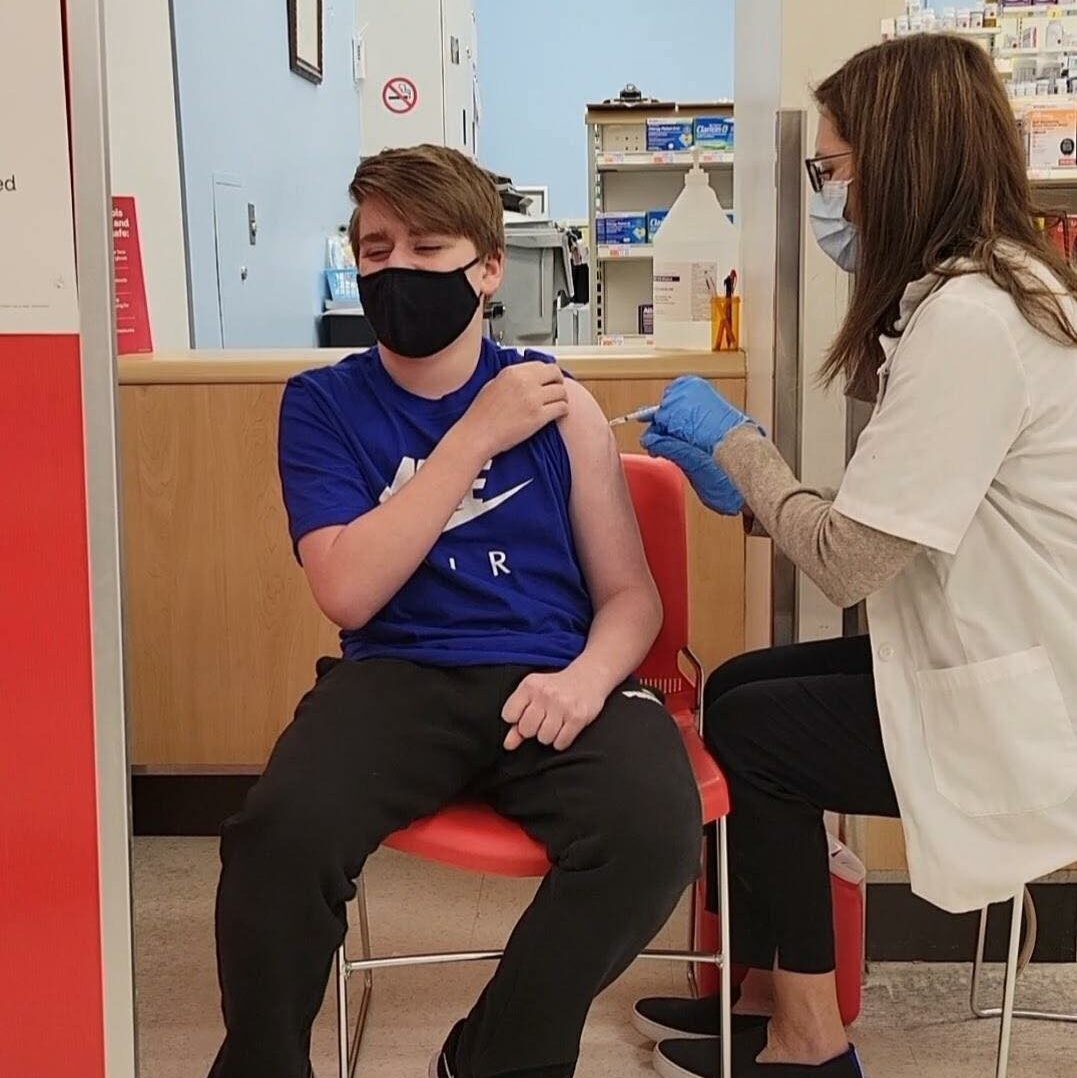 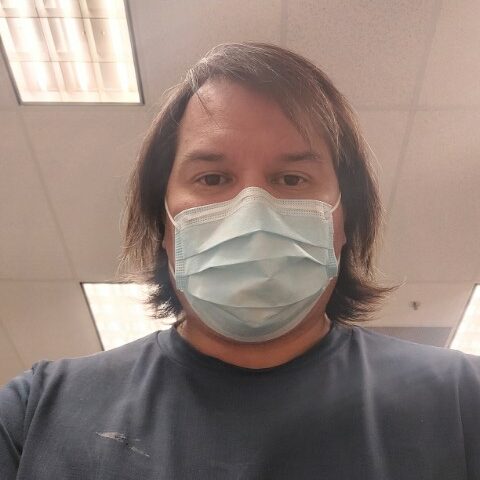 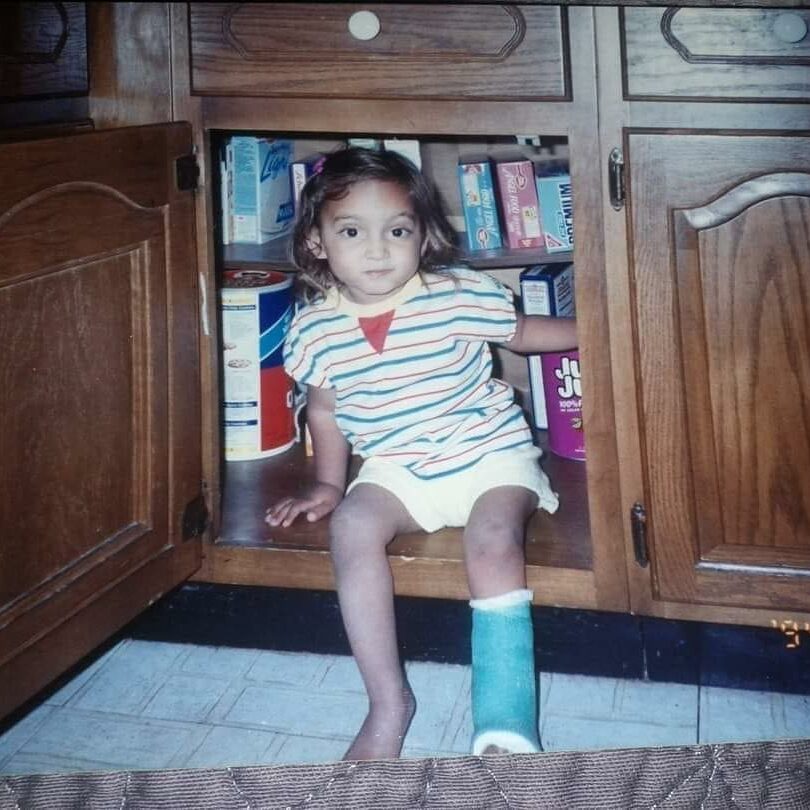 I’m a Polio Survivor. I Don’t Want You to Get It.