When he turned sixty, my friend Al went for his yearly physical and mentioned to the attending physician that he had a small lump on the side of his neck. The doctor didn’t seem concerned, but three months later the lump had grown. When they biopsied it, it turned out to be a HPV-positive throat cancer.

I have always been pro-vaccine, even encouraging my daughters to get the HPV vaccine. I had a dysplasia in 1977 and, luckily, it was one that healed itself. One of my daughters had precancerous cervical cells. Knowing both my children wanted to have children, and worried that treatment for a cervical cancer could affect that ability, I encouraged them to get the vaccine. Had my friend Al been vaccinated, in all probability he would not have developed his throat cancer.

Because of this, and because of Al’s diagnosis,  I decided to do my thesis (I was getting a Master’s in health at the time Al was diagnosed) on people’s attitudes about the vaccine. As I was working on my research, Al became more seriously ill.

He immediately went to a top-notch hospital in Virginia and was told the only possible cure for him was removal of his voice box. Being that Al made his living with his voice–as a speech pathologist–he was hoping for a different solution. Soon, he found out about a clinical trial for individuals with HPV throat cancer at a major hospital in Maryland. The doctor quickly approved Al for the clinical trial. It was a hellish experience for Al, a painful six weeks, after which they sent him home for Thanksgiving.

That Thanksgiving meal was Al’s last, as his next scan showed the cancer was aggressive and had spread. He was also in a great deal of pain. It was obvious Al needed to have his voice box removed and receive further chemo and radiation.

However, our elation soon turned to disappointment that treatment did not work. For the next year, we took care of Al as he endured more and more surgeries to excise the growing cancer. Al’s illness hit my husband hard; they were very close friends. Al kept telling my husband that he felt he needed to endure. And endure he did. The wasting away of a strong body to less than 100 pounds and the need for help from whoever could give it–from driving him to treatments to bathing him– was humbling and terrifying for a formerly independent adult.

Two years after his original diagnosis, Al went home to die from his HPV-related throat cancer. A shadow of his former self, Al died surrounded by his girlfriend and friends. 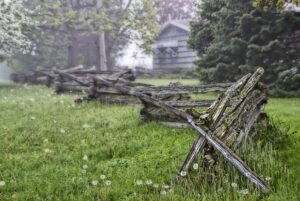 Al had always been a good friend, enjoying conviviality with acquaintances over a couple of drinks, good food, and even better conversation. He always made me laugh. The food, the drink and the conversation are gone. We buried Al on our family farm the day after he died, and had a memorial service that celebrated Al, but with great sadness.

Looking back on the HPV research I had done, I know that parents and doctors are the most important and effective messengers about the need for the HPV vaccine. I hope that sharing Al’s story convinces others to get their children vaccinated.

Robin Spence MPH did her Master’s thesis on vaccines after learning her friend Al was diagnosed with HPV  throat cancer. She spends her retirement traveling, playing ukulele, visiting grandbabies and being an internet warrior fighting misinformation about vaccines.