It was November 2008 when I got the astounding news that I had abnormal cervical cells.

It was meant to be a routine GP appointment. I’d only ever had two sexual partners. I’d just started my teaching career. I was only twenty-two.

Maybe that part is what was actually my undoing. You see, the Gardasil vaccine had been available for two years and was free to women my age. But I was “only” twenty-two! Cervical cancer, in my head, went hand in hand with mammograms and menopause. I had tons of time. So that was why I refused to take the three-part course seriously and allowed other things to consume my life.

One day, a friend started to nag me, “How many have you had? How long since your last one? It’s so important you know!”

So I went for a pap smear and my final injection. But it turns out I was too late. Abnormal cells had already started to grow in my cervix.

My GP sent me to a gynecologist/ oncologist. It was decided that I was to have a LEEP procedure, which is a type of cone biopsy, as the cells he had taken during a colposcopy had come back as potentially cancer-causing.

In December I had the LEEP and in January 2009 I went for my follow-up. The news was that, in the doctor’s opinion, the cells were “carcinoma in situ.” This means they had become cancerous, but remained non-invasive. They hadn’t spread further into my body or, most important, my blood. He recommended a LLETZ procedure to remove a wider margin of tissue.

In February, I went for another follow-up, and the doctor said, “If you were my sister, I’d tell you have a baby. If you were older, or if you already had children, we would have done a hysterectomy this time. When, not if, the cells come back, my recommendation will be to have a hysterectomy then.”

At twenty-one and twenty-two years old respectively, my partner and I weren’t even thinking about children. We had careers and other things to worry about. But we both knew we wanted children above anything else, and in October we got the joyous, nerve-wracking news that we were expecting a baby!

I was sent to a high-risk gynecologist/oncologist, who assured me most women sail through pregnancy after cone biopsies, but said I’d be closely monitored post twenty weeks for a complication known as “incompetent cervix.” Incompetent cervix occurs when the cervix fails to remain closed for a variety of reasons, including having undergone procedures that damage the cervix, and is the culprit in over 20% of post-twenty week premature births.

At twenty-three weeks I had a rescue cerclage procedure, in which my cervix was stitched closed with a purse string style stitch. Sixteen hours later, I’d gone from 8 millimeters to 100% effaced and two centimeters dilated.

Everybody thought my baby was going to come at any moment, and where we were, with the facilities to which we had access, she had no chance of survival until twenty-four weeks.  But twenty-four weeks came and went and we started to prepare for a premature baby. In the end, my daughter born extraordinarily healthy at about thirty-two week’s gestation, weighing a mighty 4 pounds, 3 ounces. She ultimately spent twenty-six days in the NICU.

One thing that sticks with me from those twenty-six days was a moment in which they were changing her IV and flushing it out with saline, and I could see she was in pain, even though her lungs didn’t allow her the ability to scream. I said, “I think you’re hurting her.” But the nurse persisted, until my daughter finally let out meek little wail. It turns out she had blown her vein. In that moment, I felt like this whole thing was all my fault. If I’d just been more conscientious, if I had just completed my course of the HPV vaccine, we wouldn’t be here, in that moment. I was a failure. I’d never wished so hard that I’d gotten my full course of Gardasil in a timely fashion. 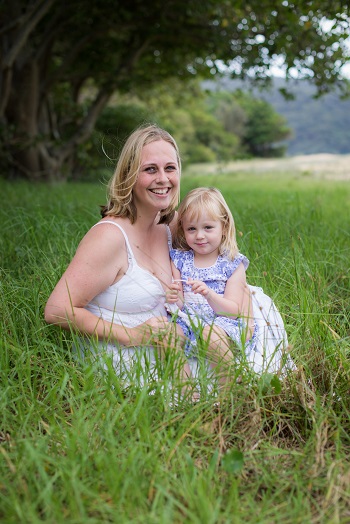 Four years later, my little girl is a big sister to a full-term sister, but she has asthma and eczema and is at risk of anaphylaxis to insect stings. She has ongoing problems with gross motor skills, although they are relatively minor. She suffers digestion issues, mainly chronic constipation, and has a variety of contact allergies. Although these conditions may be genetic, they are also strongly linked with premature birth. Long-term, she may suffer learning difficulties or disabilities, and she has a much higher risk of being diagnosed with mental illness, especially depression.

If I had known the concentric circles of damage my decision not to vaccinate might have caused, four years before my daughter was even a twinkle in my eye, I would have leapt at the chance to complete the course of the vaccine.

My last gynecological work up, in June 2014, also checked for uterine and ovarian cancer as I had developed cervical polyps, which are a complication of both HPV and pregnancy. For me, they caused the symptoms of cancer even though they are actually totally benign. I’m still currently free of cancerous cells. It will be 6 years in February 2015. I was going yearly for pap smears, which in Australia is more frequent than the two year recommended, but I’m now back to twice a year.

You never know who your decision not vaccinate may harm or how it might harm them. Don’t leave it too late.

Sarah is a stay-at-home mum to ex-32 week preemie, Lily and term baby, Archer. She has gone six years without an abnormal pap smear and continues to raise awareness about both prematurity and HPV vaccines in her spare time.