When I was five, I got whooping cough (pertussis). It was horrible. Aside from nearly dying, I couldn’t stop coughing. I have a vivid memory of whooping so hard I jumped out of bed and starting running around the house, my poor mother chasing after me. 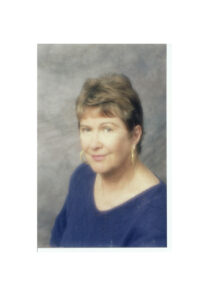 I caught the measles when I was six. Despite what an anti-vaccine advocate posted on her blog, which she lightly calls, measles-shmeasles, I did not have a “relatively mild viral illness.” I was deathly ill—covered with spots, running a temp of 104, 105. The doctor visited often (oh, yeah, the good old days!) I remember Mother constantly rubbing me with alcohol to bring down the fever. She said one time I got delirious and, started babbling, waving the thermometer under her nose. I was in bed two weeks in a dark room with the shades drawn because otherwise I could have permanently damaged my eyes.

When I was seven, a polio epidemic struck my home town of Fresno, California in the middle of summer. My mother would hardly let me out of the house. I could not go across the street to the playground. I could not see the new Shirley Temple movie (a fact I never let her forget).  I couldn’t blame her, though. Poliomyelitis was a terrible, devastating disease. Growing up, I was never in a class that didn’t have at least one polio victim with a shrunken limb and a limp—one of the lucky ones who survived.

Thank goodness, by the time I married and had my own children, we had the DTP shots for Diphtheria, Tetanus, and Pertussis, but I couldn’t stop worrying. Like all parents, my biggest fear was polio. I felt so defenseless when the dreaded polio epidemics struck. All I could do was keep my children home, just like Mother did, and pray the disease wouldn’t strike my child.

And then, a miracle!  Jonas Salk developed the Salk vaccine. In 1955, I, along with every parent and child in the neighborhood, lined up in the school auditorium to get our shots. I cannot tell you how grateful we all were, how relieved that our children wouldn’t be killed or crippled by polio.

These days a growing number of parents are denying their children the vaccines that will keep them safe. Hard to believe. These “modern” parents scream “autism!” They quote all sorts of statistics to prove their case. Granted, there have been problems with some vaccines, but the bottom line reads, vaccinations save lives.

If only a time machine could transport those opposed to vaccinations back to the olden days before vaccines. If they could see for themselves how smallpox, diphtheria, whooping cough, mumps, measles, polio and more ravaged tens and thousands of our children and caused untold grief, they just might change their minds.

Shirley Kennedy was born and raised and Fresno, California and is a graduate of the University of Calgary. After spending years as a computer programmer, she turned to writing and has published over a dozen books. Currently she resides in Las Vegas, Nevada, and can found on her new web site, http://www.ww2babe.com/