When my son Cole* was 10 months old, my neighbor Melissa* informed me that she was going to be giving her 4-year-old daughter a chickenpox lollipop. 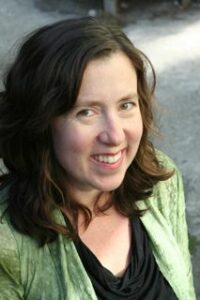 Melissa and I were both the sort of overeducated, baby-wearing, downward-dog-posing, Dr. Sears-reading mamas so commonly found in our neck of the Bay Area. Still, I had not heard of chickenpox lollipops before.

Melissa explained that instead of vaccinating their kids against chickenpox (its scientific name is varicella) some parents were choosing to have their children snuggle or share a lollipop with a friend who had chickenpox. A little girl in Berkeley who had the disease had sucked on ten lollipops (lucky girl—hopefully the sweetness eased the itch!), and her mom had generously offered them to any parent who wished to give their child the chance to build their natural immunity.

Melissa, a person whose integrity and intelligence I greatly respected, explained to me that the varicella vaccine was not the best way to protect against chickenpox. Chickenpox was often a serious disease for pregnant women and their fetuses, she said, and the immunity granted by the vaccine was not well tested, and was probably inferior to the immunity granted by simply getting chickenpox. And while the disease was annoying and unpleasant for children, she said, it was almost always harmless.

While Melissa was ambivalent on vaccines in general, she was passionate that the CDC’s recommendation on the varicella vaccine—that all children get the vaccine at age 12 to 18 months— was bad public policy. She was adamant that her daughter would be receiving a chickenpox lollipop to better protect her from getting the disease as an adult—or worse, during pregnancy.

Melissa suggested that perhaps I might want a lollipop for Cole, too (our older son had already been vaccinated).

Let me back up and explain that Melissa and her daughter weren’t merely neighbors, they were members of our cohousing community. Along with six other families, Melissa’s family and mine lived as a sort of extended family: our children played together in our shared gardens, and our families frequently shared meals and swapped childcare. We were deeply intertwined in each others’ lives.

Over the next few days, my husband and I began to look into the topic. Perhaps Melissa was right, and this would be a good way to build our child’s immunity. What we learned filled us with dismay.

First, and this is not the dismaying part, we learned that the chickenpox vaccine is quite effective. Cases of chickenpox since the vaccine was first recommended for all children in 1996 have fallen by 90%. Deaths due to chickenpox have fallen by 88%.

We also learned that, as Melissa had maintained, the disease could be serious, causing sometimes fatal pneumonia in pregnant women or birth defects in fetuses. But it could also potentially be dangerous for anyone. Although the disease usually manifests as nothing more than a fever, a feeling of malaise, and a lot of very itchy bumps, it can in some cases be much more serious, especially for children, leading to secondary bacterial skin infections, pneumonia, and even death.

We also realized that our baby might be particularly susceptible to complications from chickenpox. When Cole was born, he had a strange pink spot on the back of his head, a place where, the doctor had informed us, it was possible that his head didn’t form quite right. Judging by the spot, Cole’s skin and his meninges, the membrane that covers and protects his brain, might still be connected. This could be surgically corrected, but the doctor had recommended waiting until he turned one to find out. It was riskier to put a baby under general anesthesia so that he could hold still for an MRI than to wait a year to correct the problem.

We hadn’t given the spot much thought lately, but when we emailed his pediatrician to ask about chickenpox, she pointed out that a skin infection could be particularly dangerous for Cole, who was still too young for the chickenpox vaccine. Our pediatrician urged us to keep our baby away from the exposed child at all costs, because if Cole got the disease, and happened to get a lesion on the back of his head where the spot was, and that lesion happened to get infected, he could get meningitis, and he could die.

This is when I got mad. Although Melissa had said that she would keep her daughter quarantined, so as not to spread the disease, she didn’t share my understanding of the concept of quarantine. She brought her daughter out into the garden, over to the common house; she let her play the piano in the common house and touch the books and toys.

So instead, we quarantined our children from the community. We used only the front door to our apartment, the door leading to the street. We didn’t let our older son ride his tricycle in the driveway or play in the garden. We skipped community meetings and meals. Because the incubation period for chicken pox can be as long as 21 days, we withdrew from the community for several weeks.

For us, staying away from our neighbors was an inconvenience, and luckily, Cole never got the chickenpox. (In fact, neither did our 4-year-old neighbor, as the lollipop didn’t work.) And when Cole finally had his MRI, the spot turned out to be nothing but a spot, so he hadn’t really been in any particular danger all along.

But the incident got me thinking—and reading and learning—about vaccination. And those protective feelings that I felt for my own baby, with his vulnerable little spot, have expanded far beyond that spot, and beyond chickenpox too.

My heart aches for the kids, and parents of kids, who get sick or die because they aren’t vaccinated. For kids who can’t be vaccinated, either because of an immune deficiency or because they, like Brady Alcaide, who died at two months of age from pertussis,  are too young for a particular vaccine. For the kids whose parents think they are doing the best thing for their children by not vaccinating them, like Matthew Lacek, who nearly died from Hib at age three. Or kids, like Sofie Czarnecki, who was vaccinated, but who got pertussis anyway after riding across the country on a bus with an unvaccinated child who had the disease.

For me, the chickenpox episode was an object lesson in “herd immunity,” the idea that the majority being vaccinated protects that minority who either can’t be vaccinated, or whom the vaccine doesn’t happen to protect (vaccines tend to be 90 to 100% effective, depending on the vaccine). Although many parents I’ve spoken with who choose not to vaccinate vaguely understand this concept, it doesn’t seem to figure into their decision very strongly.

What they have thought about is the relative risk of vaccinating versus not vaccinating, and for a variety of reasons they have decided that vaccinating is riskier than not vaccinating. They don’t think their children are going to get a disease like measles or pertussis, and they think if their children do catch something, they won’t die from it. And they are probably right: as long as most of us are vaccinated, they can hide in the herd. But at some point, when immunization rates fall below a certain threshold, these diseases start to come creeping back. And though my friends’ children might be just fine, someone else’s child, who might be vulnerable in ways they can’t imagine, won’t be so lucky.

* Names have been changed to protect the vaccinated and unvaccinated alike.

Jenn Guitart is a writer and activist who is passionate about vaccination and believes that good science should guide public policy. She is also Director of Bay Area Communities for Health Education, which promotes comprehensive sex education in the public schools. She lives in a cohousing community in Oakland with her husband and two kids. This post can also be found on Jenn’s blog.