Like many people, I came to writing after a love affair with reading. The last book count in my house was over ten thousand. We have twenty-five “official” bookcases and a dozen more piles scattered everywhere else. And like many of my fellow writers, I don’t write so much as rewrite. I have changed the contents of some paragraphs over a dozen times. I worry about writing, too. I worry that I sound dumb, that words are a poor substitute for the emotions behind them and that I am failing miserably at conveying my thoughts.

But at some point you have to let the words speak for you. You have to speak out. And that’s why I co-authored a book on vaccines. Because I had to speak out. You see, I’ve been following this issue for more than a decade, when I was pregnant with my eldest daughter. When I was about eight months along with her, the article showed up that was to change my life. 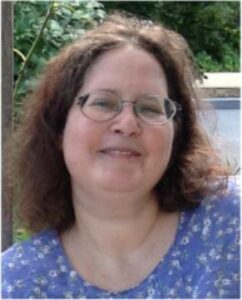 The article, appearing in the New York Times, was about a community off the coast of Seattle, Washington and how many people on this island did not vaccinate their children. At the time, the very idea that people did not vaccinate their kids was just weird and utterly baffling to me. It was baffling because, if you read history at all, as I do, you start to realize that so much of history is about dead children. As a mother-to-be, this was the stuff of my worst nightmares. In the not-so-distant past, kids died from vaccine-preventable diseases in unreal numbers. Sometimes women were lucky if they had two or three surviving children out of ten; they were mostly taken away by pertussis or smallpox or diphtheria or the measles.

This article was particularly horrifying to me for even more personal reasons. I have a sister-in-law who lives in Seattle—and she has had a liver transplant. This means her immune system is compromised. It means that diseases that vaccines prevent could easily kill her.

After reading the article, I posted it on a parenting message board. As a new mom far from my own mom, the parenting message boards were the only place I found it easy to get advice about parenting. My little girl nursing for a hour? Ask online and be assured it was normal. My ankles that looked like ping pong balls? It would all go away, I was told. The message boards were like having parents, grandparents, best friends, and peds on call at any time. So it was a real surprise to me that the article instantly drew a whole series of angry comments, many of them completely agreeing with the belief that one should not vaccinate.

For me, that article was the beginning of years writing about this issue online, mostly in response to anti-vaccine rhetoric, because it so annoyed me. Years. For years, I would respond to such posts and argue with people about this subject.

And then one day, I realized something: I was done arguing. I wasn’t going to spend another second trying to explain why we use the Hep B vaccine or why I don’t want my kids attending a chicken pox party. That was that. I was going to write a book.

So I did. I found a fabulous co-author, created a book proposal, and submitted it to a publisher. Two days before giving birth to my second child, we had a “maybe.” Six weeks later we had a “yes.” After the book was published, I felt astonishing sense of accomplishment. I thought I was done commenting on this issue ever again. I was wrong. In the time since then, I have realized that I will never be done speaking out on this issue. I have written articles about it, lobbied Congress with the fine people at the [email protected] organization, and thought about vaccination as much as ever. This is what we all need to do. As parents, as members of our community, as people who may live with or know someone who is immune-compromised, we must speak out. We are the majority. We must not let this issue get hijacked or allow our voices to be silenced by people who shrug at infectious disease and who deny history and science. We must all be Voices for Vaccines.

Stacy Mintzer Herlihy is the co-author of Your Baby’s Best Shot: Why Vaccines are Safe and Save Lives (Roman & Littlefield 2012 paperback 2015). Ms. Herlihy is a NJ based freelance writer. In her spare time she raises daughters and domestic mush cats.