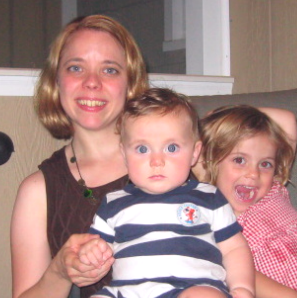 When my oldest child was born in 2005, we faithfully followed the immunization schedule, knowing nothing of the controversy until a several months later, when I discovered internet forums. I have always been into natural health and foods, so when I first learned about all of the scary-sounding ingredients in vaccines, I was alarmed. And then when my son (eight months old at the time) came down with a mild case of pertussis, I was angry that he got all of his shots “for nothing.”

I dove deep into the anti-vax scene, visiting countless websites, reading all of the books I could get my hands on. I read the package inserts, medical journals, and the CDC’s Pink Book, until I convinced myself that I was making an informed choice not to vaccinate. After all, I wasn’t vaccinated and I was perfectly healthy; my father didn’t believe in vaccinations, but he never really told me why. I became an active poster on some parenting forums, taking every opportunity to share my “research”; I even created my own vaccine information web page.

I became very angry at the whole anti-vax movement. Angry at the subtle sleight-of-hand and the exploitation of concerned parents. Angry for the desperate parents of autistic children, who are being scammed like I was. Angry at myself for encouraging so many others to stop vaccinating. I’m slowly making amends, though. I am vocal about my change in beliefs and can (and do!) debate circles around any anti-vaxxer.  The kids are all up-to-date on their vaccines, and are as happy and healthy as ever.

I even got my first vaccinations, too.

Chrissy* is the mother of three beautiful and fully vaccinated children.

*Editor’s Note:  When Chrissy’s story first appeared on another blog, it generated a lot of anger among anti-vaccine activists.  For this reason, we have agreed not to reveal Chrissy’s full name.