When my daughter was born in January of 2013, I looked down at her and promised that I’d never let anything bad happen to her. Of course, I couldn’t really promise that. But, what I could do is try my best to do everything in my power to protect her from harm. She is the biggest driving force, though not the only one, in my creation of the blog The Vaccine Mom. 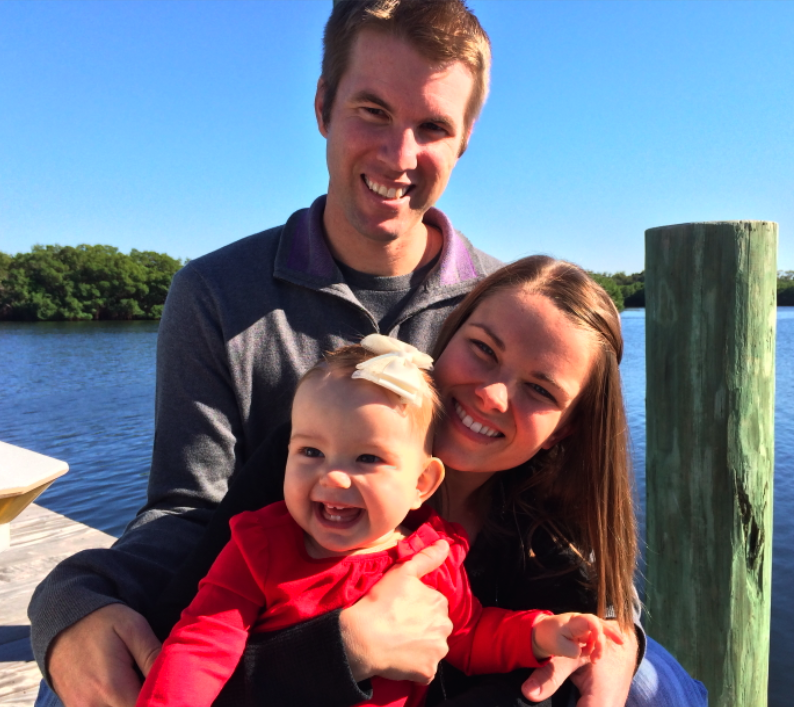 Before The Vaccine Mom, and before my daughter, I was a medical microbiologist/immunologist. I often spent my days alone in my lab coat, with my notebook, microscope, and test tubes—yes, that stereotype is dead-on in my case. I found myself working long hours, elbows deep in some of the most terrifying viruses known to man: herpes viruses, the dengue fever virus, influenza, and eastern equine encephalitis. And I loved every minute of it. I really believed that what I was doing was going to change the world. It mattered. It had to.

Months turned into years, and I found myself needing more. That’s when I decided to take a position as the biologist in a biomedical engineering lab. The engineers I worked for were attempting to create technology that would boost the immune system response of current immunizations, as well as take the place of needles that are used to give vaccinations. I was already very pro-vaccine, but it was through this position that I really fell hard in love with the concept of immunization.

This position was in a university, so I got the chance to guest lecture in vaccine, virology, and biomedical classes. The students I taught were in school to become scientists, engineers, and doctors, and I found that many of them had very little knowledge about the diseases we vaccinate against and why we vaccinate.

If they had a hard time grasping this information, what about everyone else? I knew then that my scientific contribution didn’t need to come from test tubes,but could come through public education. 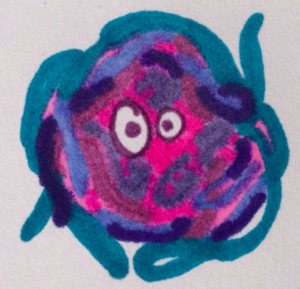 Meanwhile, I had gotten the hang of the “mom thing”—if that’s even possible—and began to have conversations with fellow mothers about vaccinations. They had so many questions! And rightfully so; there’s just too much information out there and it’s hard to know what to believe. Some mothers didn’t want to vaccinate because they were worried about whether vaccinations would have a negative impact on their child’s health. Other mothers chose to vaccinate, but really weren’t sure why they needed to do so.

This glimpse into some mothers’ minds made me think back to those students in the classroom. People are really struggling with the idea of vaccinating because they don’t know what to believe. The idea of literally injecting small fragments of viruses or bacteria into our children’s bodies is terrifying, and I completely understand that. I really do.

But, the truth is that these tiny vials of fluids don’t have to be scary. The Vaccine Mom gives me the platform to share my insight into the scientific world and educate parents so that they have all of the most important facts about vaccinations. My plan is to create a safe environment for discussion and a place where all of the tools parents need are in one place, so that that when they make the decision to vaccinate, they know exactly why they are choosing to do so.

As parents we are all trying to do the best we can. We all want to make the right choices for our children, and there’s such power in those choices. We hold their little lives in our hands and can give them this great gift of immunity to some of the most horrible and harmful things out there: diseases that can kill. I really want parents to see these vaccines as the priceless gifts that they really can be, and to be sure that when they walk into that doctor’s office they know without a doubt that they are making the right choices for their children’s health.

Taryn Chapman is a mother, and immunologist, and the author of The Vaccine Mom. You can also find this post on her blog.