My name is Grace. I was raised in a cult.

There are a lot of things wrong with being raised in a cult— religious brainwashing, extreme patriarchy, verbal abuse, physical abuse, emotional abuse, sexual abuse—the list could last for pages. But the damage wasn’t just limited to the things that were done to us. It also included the things we were deprived of. Although lack of a formal education of any kind ranks high on that list, lack of appropriate medical care ranks even higher.

It started early. Women in the cult weren’t allowed to see a doctor during pregnancy, and they birthed at home. A few of the elders’ wives nearly died during childbirth, and were finally transported to a hospital, an event after which the husbands were promptly demoted in the cult hierarchy—the leader of the cult cited the men’s lack of faith as a reason why their wives had required medical attention. Many women miscarried again and again, their bodies worn out from having 8, 10, 12, even 14 children.

Vaccines were scoffed at. Like members of the cult in which I was raised, anti-vaccine parents think chickenpox, measles, German measles and whooping cough are no big deal. I watched two of my baby brothers almost die from whooping cough. We all had chickenpox, sometimes more than once. My own first case at age three wasn’t sufficient to immunize me for life, and I caught it again at age 20. I didn’t realize that the older you are when you contract chickenpox, the more horrific it is. I was careful not to scratch and still ended up with extensive scarring. I am high risk for shingles now. So much for “natural immunity.”

I, along with other children in my cult, suffered German measles, another far-from-liberating experience. Thankfully, we realized what we had early and stayed away from the younger pregnant women on the compound. I still am not immune to measles and mumps and am taking steps to fix that now, years later.

I’m not alone in this experience. The religious exemption to vaccines, which is present in most states’ vaccine laws, allows thousands upon thousands of kids just like me and my younger siblings to be put at risk every year—and by extension anyone they come into contact with who isn’t fully protected. And those children have no say in that decision whatsoever.

I’m living in the real world, now. I have three kids. They are all vaccinated. I do this because I love them, and because I’ve seen firsthand the diseases they prevent. In addition to my personal experience of vaccine-preventable disease, my family history is riddled with death and disability from diseases that are now preventable thanks to immunization: A great aunt who died of lockjaw (tetanus) after being pricked by a thorn in her rose garden; Another great aunt who was crippled by polio; A great uncle who was sterile because he contracted mumps as a boy.

I also have another reason to be aware of the anti-vax movement. My youngest son is on the autism spectrum, and you can bet I’ve had people come up to me screeching their nonsense about how I “poisoned him” with vaccines. Most kids placed under the umbrella of “the spectrum” are like my son – with a variety of diagnoses. He has auditory processing disorder, meaning he hears things differently than we do; resulting in speech delay (because we learn verbal skills by mimicking what we hear). He also has fine motor delay, gross motor skills issues, ADD, vertigo, and sensory processing disorder. So, he’s autistic.  But he’s also brilliant and sociable and empathetic and a snugglebun. He’s top of his class, ahead by several grades in reading and even further ahead in mathematics. He doesn’t have tantrums or beat his head on the wall, or try to harm himself. He’s just my brilliant, sensitive son, and I’ll be grateful every day he’s protected against life- threatening illness. Vaccines didn’t make him the unique person he is (and I resent every insinuation that he’d be “better” if he wasn’t different.) They do, however, keep him safe against those who don’t seem to care if they put others at risk.

I live in Uruguay now (expatriated from the US last year), where you get vaccinated or you have a damn good reason why. However, I have been unable to escape non-vaccinators completely. Last summer, a group of tourists with unvaccinated children visited our little fishing village. Afterwards, four local infants contracted chickenpox. Our former landlord’s infant was in ICU for three weeks.

For the love of anything you think is holy, vaccinate your kids! Not only for their own sake, but also for the sake of that pretty little infant you cooed over at the market and that kid down the street with the autoimmune condition. Vaccinating saves lives. 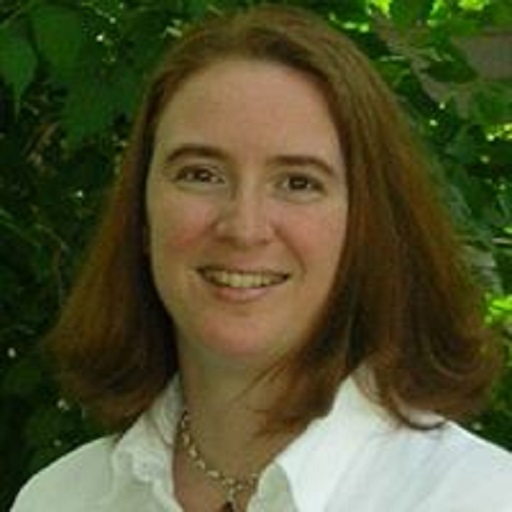 Grace Alexander grew up in a series of religious anti-vaxx cults in Texas with her eight siblings. She now lives the expat life on a beach in Uruguay with her fiancée, Amanda, and their three (vaccinated!) children. Grace runs her own successful digital media company and is a passionate activist for human rights.