I am a mother, who was previously in the grips of the anti-vaccine movement. I was first introduced to the idea of not vaccinating during my first pregnancy in an online mom’s message board.

Sometimes the parenting topics in the group became heated arguments, and the one that always got the most attention was vaccines. I never knew this was a thing until I joined that message board. Other moms were posting links to stories, “studies,” books, and other information that made me nervous. I didn’t want anything bad to happen to my baby.

I discussed skipping vaccinations with my husband, but he didn’t think it was a good idea, so we kept getting our baby immunized. I dreaded every well-baby check and questioned every vaccine my baby received. His pediatrician always told me they were safe and would help protect him. But I would go back to the online group and read more posts from these same moms, begging us not to vaccinate our babies, sharing scary stories of supposed vaccine injuries, or that we were abusing our kids if we did vaccinate them.

Once my baby reached his 1-year well check, he received some vaccines, and the injection site swelled up. He wouldn’t walk because it hurt the next day, which worried me. That was enough for me to say “no more.” A mom in the online group told me it was likely an allergic reaction and the next shots could be really bad for him.

Soon after I became pregnant with our second. We did the same thing, allowing no further vaccines after one year.

By the time our third baby was born, we had moved and found a new doctor. And I had become even more nervous about vaccines. I had real-life friends, even nurses, who thought the same, so we discussed this topic a lot. I felt that there must be something to this if others that I actually know feel the same way. I felt validated. My husband and I still argued about it, but he let me make the medical decisions.

My husband and I agreed on a delayed, slower vaccine schedule, even though I didn’t want her to have any of them. She received 2-3 shots between 1 and 3 months of age. After her last vaccine, she had become constipated, and I blamed the vaccines since it happened around the same time. She was pretty fussy and stopped being a good sleeper at that time too, so I told my husband she was not getting any more vaccines. And she didn’t.

But I didn’t stop agonizing over whether or not I was doing the right thing. I always had a tiny “what if” in the back of my head. My kids went to school and daycare, where they could be exposed to a lot of things, even vaccine-preventable diseases. Every doctor’s appointment after that I was asked about getting her vaccines, and at one point they had me sign a waiver stating that I knew the risks associated with not getting her vaccinated. I thought they were being ridiculous and had even considered switching doctors.

In 2016, at the age of 9, my middle child was admitted to the hospital after experiencing intense headaches, vomiting, and lethargy for about a week. We, and our doctor’s office, suspected he had a stomach bug. But after 4-5 days with no improvement, and the pain in his head intensifying when he stood up, I took him to the ER to be seen.

They ended up doing an MRI, and they had found something on his cerebellum. He was then transferred and admitted to a children’s hospital two hours away. During the diagnostic period, we met with many doctors: the hospitalist, pediatric neurology, infectious disease, etc. He had many procedures, including a spinal tap, several MRIs, scans, blood draws, medications, etc. During his two-week hospital stay, I was constantly questioned: “Is he up to date with his vaccines” and “Why not?” and “Could he have been in contact with anyone with any vaccine-preventable diseases.”

My lowest point was trying to explain why he wasn’t vaccinated to the Pediatric Infectious Disease doctors. I honestly felt silly. They treated me with respect, and I appreciate that. However, my decision not to complete his vaccines in previous years delayed the course of his treatment. They believed he had Cerebellitis and needed to be treated with high-dose IV steroids for 5-6 days. But, they had to rule out varicella (chickenpox) before beginning treatment, because if he had the chickenpox virus that caused this swelling in his brain, the steroids could have caused a massive flare up and made things worse.

I felt pretty terrible about this and was so thankful treatment had to only be delayed a day, but that was an extra day for him to suffer. The next month or two consisted of physical therapy and checkups, and some mom guilt.

A year later, he was sent to the ER with suspected pneumonia. He and his older brother had been sick with a nasty case of strep. My oldest had a rash on his body, and he was really sleepy and had a fever that wouldn’t break. It was another ambulance ride to that same children’s hospital after some breathing treatments weren’t really helping and his heart rate skyrocketed.

He was there for a week. Again, the same question every time a doctor or nurse came into his room “Is he up-to-date on his vaccines?”  A doctor told me that he was inches away from being admitted to the ICU because what turned into double lower lobe pneumonia wasn’t responding to medication. He was on high-flow oxygen and completely miserable. He finally started showing some improvement and was released after a week. But he had a lot of medication, IVs, bloodwork, X-rays, etc, during this stay,

Two years later, he ended up with IGA Vasculitis (HSP), which ended up attacking his kidneys. In April 2020, he had a kidney biopsy and was admitted to the hospital for a 3-day course of IV steroids to help slow down the kidney damage. During this stay, he was being seen by a nephrologist who was on call, not our regular nephrologist. He was very, very adamant about our child receiving the pneumococcal vaccines. He basically begged us, because he had seen firsthand how dangerous pneumococcal could be in kidney patients.

I flat out disagreed and argued with him over the phone. I couldn’t be there in person because of COVID protocols, only one parent could be at the hospital with their child. Had I been there in person, I may have folded.

After that, we spent the last two years dealing with labs, checkups, steroids, immunosuppression medications, blood pressure medication, homeschooling, etc. It was a really scary time for our family. Especially during a pandemic and having an immunosuppressed child to worry about. He is now off his immunosuppressants and doing pretty well.

I was so scared of something bad happening to my children, yet I was denying them something that would prevent them from getting certain illnesses.

Not once during any of his medical issues, hospital stays, tests, etc,  did I argue with our specialists and doctors about the medication or treatments they were using to save our child’s life. I had to trust their expertise and knowledge. Without antibiotics, our child could have died of pneumonia. Without the steroids, mycophenolate, and blood pressure medication, he may be on a transplant list instead of only having some filters in his kidney damaged permanently. It took a global pandemic, and my middle child being one of the vulnerable that herd immunity helps to protect, to put things into perspective.

At the beginning of the pandemic, I was on several anti-vaccine groups on Facebook, followed the people of the anti-vax community, and had a friend group of vaccine-hesitant or anti-vaccine moms. I could not believe the nonsense some were spewing during an actual real-time pandemic, a pandemic that was killing and causing serious damage to so many. Many were not even ok with wearing a mask to protect others in their communities or families. I took a good hard look at what I believed to be true in my gut and slowly started leaving those groups and distancing myself. Then I could start looking in the other direction for better information, without being spoon-fed conspiracy theories and propaganda.

In the spring of 2021, my oldest child received his first vaccine in 15 years, the COVID vaccine. His father and I had also received ours by that point. We also made an appointment with our children’s pediatrician to lay out a plan to get them all caught up on their childhood vaccines.

Looking back, I really wish we would have done these when they were younger and on schedule. I’m happy to report that my fears about vaccines, even with our middle child, haven’t come to fruition. Our kids are all happy, healthy, and thriving, with no lasting effects from any vaccines they have received, other than protection from those diseases.

I wish I could go back in time and follow the advice of our first Pediatrician. It would have saved me a lot of arguing, stress, and time over the years. Being antivaccine is tiring and time-consuming because you are constantly swimming against the current.  If you have questions about vaccines, talk to your doctor and truly listen to them. You’re allowed to have questions or concerns. But it’s best to get out of the echo chambers of the anti-vax world, and really listen to those who know this field best.

Bridget is a wife, and mom of three kids ages 11, 14, and 16. She runs her own small business and lives in Pennsylvania. 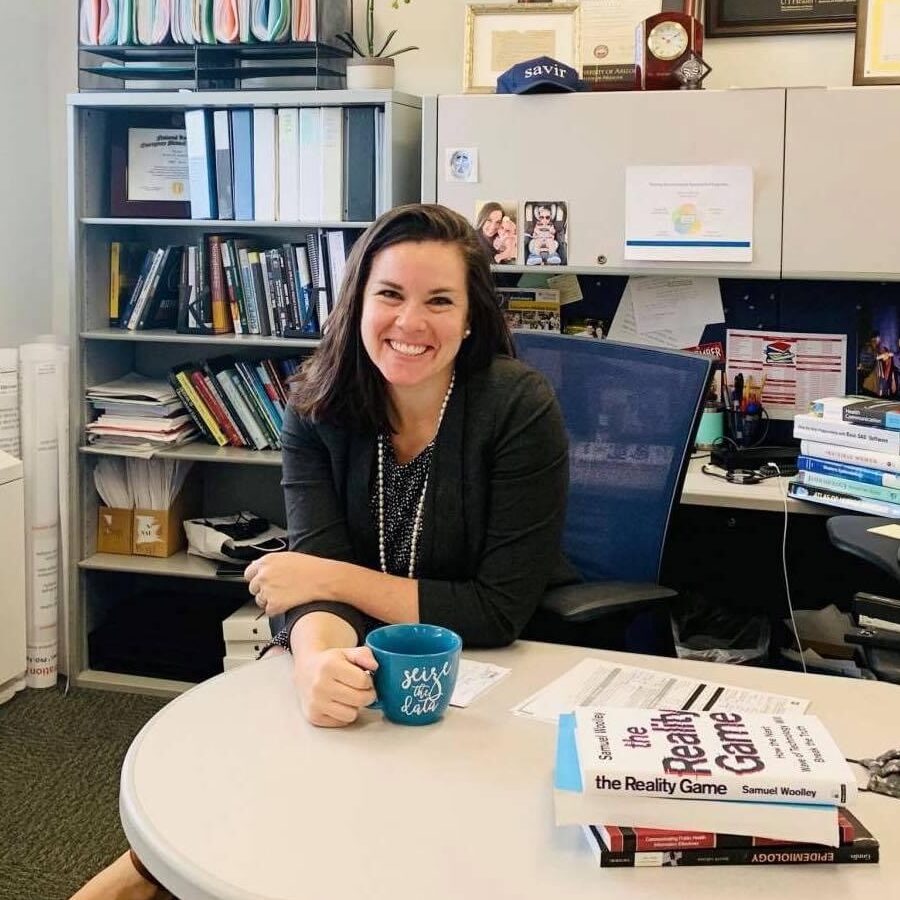 Ep. 58: Omicron with Your Local Epidemiologist