On January 20th 2016, my husband and I had a doctor’s appointment for an ultrasound to find out the gender of our baby. It was all we could think about. We lived in an Idaho town at the time, so our doctor was part of a little family practice office. The ultrasound started off great: our baby’s heart looked great, his kidneys, his length. But when the doctor got to the head, he paused.

“Something doesn’t look right,” he said.

These are some of the most terrifying words expectant parents can hear.

“I see what it looks like to be a cyst,” the doctor continued, “but I am not sure what that is.” Later that same evening he ordered another ultrasound at Madison Memorial Hospital in Rexburg. We received a call the next morning that they found the same thing. They suspected encephalocele, a neural tube defect. The doctors had discovered that our baby—it was a boy—had a skull that was only partially formed; it had stopped at about the midway point and his brain was growing past the skull. Whether there was skin or membrane present was unknown. The doctor explained that our son wouldn’t live past the 30th week of my pregnancy. I was currently 23 weeks. He offered us an abortion, but we declined.

The next few months of my pregnancy was full of fear. I was constantly scared of my baby being stillborn. We saw many doctors and had many ultrasounds. We met with many specialists in Salt Lake City. Despite the awful prognosis, my husband and I decided to give our baby the best chance at life, so we decided to give birth at the University of Utah Hospital in Salt Lake City and to deliver by c-section. I’d passed my 30th week of pregnancy and my son was still alive, despite my doctor’s prediction. At 39 weeks, we traveled to Salt Lake from Rexburg for a planned c-section. Although our son had survived this long, we knew that we needed to be ready to say goodbye to him and travel back to Idaho with empty arms.

With family and friends in the waiting room waiting, like us, for the birth and death of our new baby, I was wheeled in for the c-section. During the operation my husband sat with me, holding my hand and telling me what was taking place. I couldn’t keep my emotions together and cried the whole time. Doctors had already told us that they expected our baby to be born not breathing, with a blue color, to be very lethargic and to not cry.

I heard my husband say, “They are cutting into the uterus.”

Seconds later I heard a loud, powerful, beautiful cry. “That’s a good sign, that he’s crying!” the doctor exclaimed. And so, on May 17, 2016, William Adroaldo Reidhead was born. 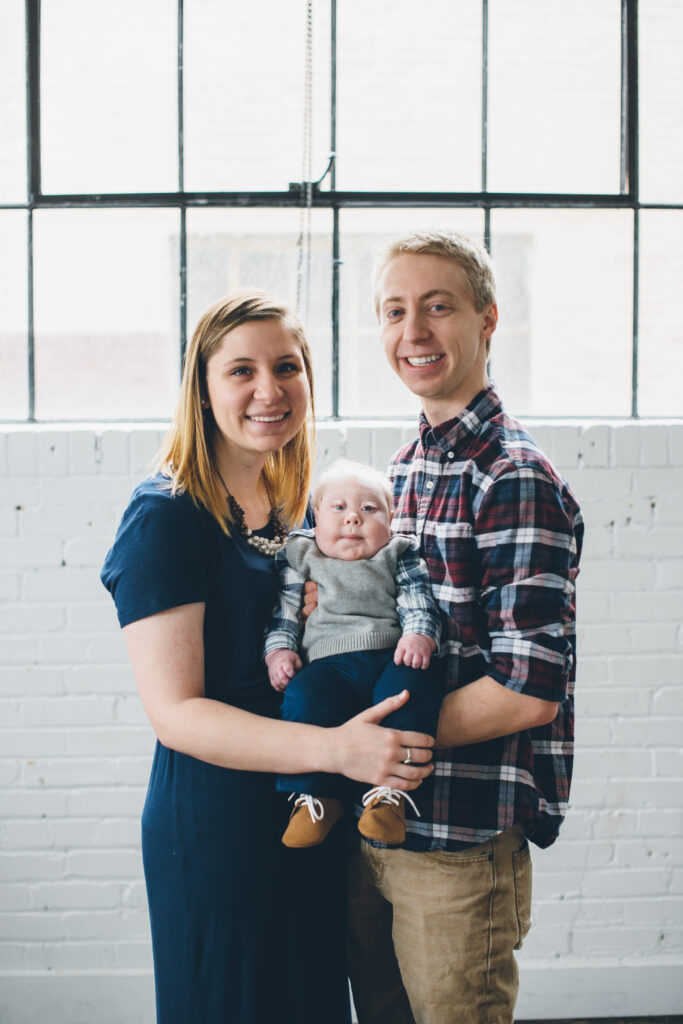 As I recovered, my husband waited for the NICU nurses to call him back into the nursery. By this time, William would be intubated and put on life support. After about ten minutes, a nurse came into the room. “We are ready for dad,” she said. She looked at me. ”Mom, he’s doing great. He is breathing on his own.”

What doctors first suspected to be encephalocele was actually Cutis Aplasia, and William was born with an extremely rare form of it. I haven’t met a doctor yet who has seen William’s defect before; even his neurosurgeon, who diagnosed him, said he’d never seen a case of Cutis Aplasia outside of a textbook. William’s prognosis still wasn’t great, but we decided to take everything one step at a time. Shortly after William was born he was transferred to Primary Children’s Hospital NICU, where the pediatric surgeons could asses him and where he would be watched very closely.

William is now 7 months old and has spent only about 2 months at home. He has spent the majority of his life in the hospital, and because of his birth defect, is very medically fragile, particularly when it comes to illness. When William was 2 months old, pediatricians at the hospital wanted to give him his vaccinations. I was raised in a family where we always were vaccinated. My mom grew up in Brazil and made vaccines a priority. However, my husband grew up in a family where vaccines were not a priority—in fact, his mother didn’t agree with them. But my husband and I hadn’t thought to talk about vaccines until Will was born, and so the pediatricians’ recommendation created an opportunity for a conversation.

The doctors in the NICU expressed their concern and belief that immunizing Will was an absolute necessity. He is far more likely to contract contagious illness, and if he did, the illness would be harder on him than it would be on a normal healthy baby. Considering everything Will had fought through simply to be born, my husband and I agreed to vaccinate him. We now advocate for vaccines.

Of course, not everyone sees things our way, even family members. It’s especially hard when we have to choose to stay away from loved ones who choose not to vaccinate, even if it’s out of a desire to protect our baby. But after spending many months in a hospital I have seen and met parents who have children who have been affected by unvaccinated children and adults, and I’ve seen up close the price that child pays as a result of poorly informed choices and an unwillingness to learn more.

As far as I’m concerned, being the mother of a medically fragile child, vaccines are not up for debate. Their safety and effectiveness have been proven over and over again. More, they have improved the overall health of our communities substantially, almost to the point where people think the diseases they prevent no longer pose a danger. The truth is that the danger of vaccine-preventable diseases is always there. And not vaccinating your children not only puts your child at risk, it also puts other children at risk. Children like William, who has fought and continues to fight for life every day.

Alyssa Reidhead lives with her son, William, and her husband in Utah.