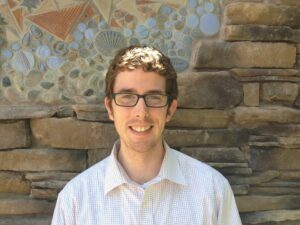 Few people can say they’re lucky to be alive and actually mean it. I’m  one of those people. I was born at thirty-two weeks and, needless to say, my body was not quite ready to come out of the oven. I was a premature baby with underdeveloped lungs. I grew up listening to countless stories of parents, siblings, extended family, and friends hovering over me in those early weeks, hoping I would survive.

And they were right to worry. My lungs were so weak that doctors had to give me a steroid just to jump-start my lungs. The medicine that saved my life had only existed for a year or two before I was born. For preemies, this was a miracle drug that could have saved thousands of infants (including JFK’s son Patrick Bouvier Kennedy). Although I didn’t die, my weakened lungs made me extremely vulnerable to pneumonia.

In fact, I was sick so often with this disease that I missed a great deal of school. The typical child’s play was out of the question. I spent a lot of the winter in bed and missed a lot of school because even though they could treat me with antibiotics, it took me a long time to recover. So while I’m lucky to be alive, barely surviving is not a pleasant way to experience life, especially as a child. My lungs functioned, but they were very weak and susceptible to infection.

To make matters worse, I lived along the Wasatch Front of Northern Utah. If you’ve never experienced the Wasatch Front in winter, the smog gets trapped in between the mountains and the air gets murkier than a Willie Nelson/Snoop Dogg Lion concert. Someone also decided this was the perfect place for a steel mill. I grew up in one of the worst places for my lungs in the world that basically declared war on my lungs. Every time I had a cold or a cough, I knew it was going to attack my lungs via a secondary infection. I became so good at recognizing the signs of pneumonia that I would tell my mom to schedule a doctor’s appointment in a day or so.

Lung infections are serious—and they really hurt. As a child, I got to the point several times where I debated the virtues of dying rather than walking ten feet to the bathroom. This was my life growing up all through school and into adulthood. I had even accepted the fact that I would probably die from a lung infection as I grew older and my immune system weakened.

When I turned nineteen, I had a checkup with my doctor. I was getting ready to move to South Korea, so my mom came with me to “make sure I was completely safe.” During the checkup, my doctor, who had known me since birth, said that there is a new vaccine that I would be interested in: the Pneumococcal vaccine. As he had explained it, it was supposed to prevent the onset of pneumonia.

Can you imagine what this sounded like to a young man who has suffered through pneumonia multiple times each year, who felt certain he’d eventually die from it? This was better than a ticket to Wonka’s Chocolate Factory. I instantly signed up to try the new vaccine.

I have now lived with the vaccine for almost fifteen years and there is a night-and-day difference in my life. I still get pneumonia, but instead of thirty or forty times it has only been three or four times. What would you do with thirty, forty, fifty, a hundred, and even more days of your life? I can tell you that I’ve done better in school, had more fun with my friends, spent time with my wife, and played with my kids. I’ve literally had years returned to me.

So, to answer the common anti-vaccine parent’s question about the danger of diseases like pneumonia—did I die?—my answer is no. To answer a question anti-vaccine parents rarely ask—was I miserable?—I answer, unequivocally, yes. Did my quality of life improve once this vaccine was available? Absolutely. In fact, there is a vaccine that now covers more strains, and we are trying to get our insurance to cover it.  I’ve heard people say the pneumococcal vaccine is unnecessary, even wasteful. I can only shake my head. There’s nothing wasteful or unnecessary about giving a child—or anyone else—a chance to live a happy, healthy life.

(Editor’s note: The current pneumococcal vaccine prevents 13 strains of streptococcus pneumoniae. An earlier version prevented 7. There are 80 strains of this bacteria.)

Christian Olson is an instructional designer and father of four living in Phoenix’s East Valley. He loves Dr. Who, college sports, and playing pranks on his kids.